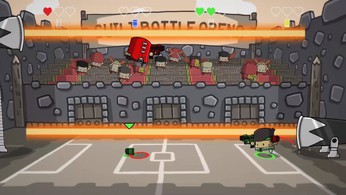 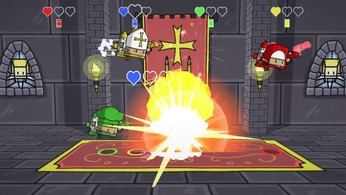 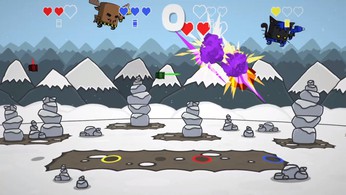 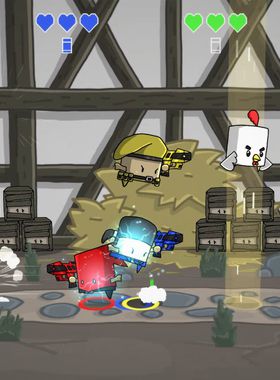 Engage your friends and family in frantic, couch multiplayer battles and co-op combat. As a member of The GUILT Patrol, you must battle the Dreadful Judge and his evil minions to bring peace back to the galaxy.

In this frantic 2D couch combat game, you have one bullet to fire at your opponents. After firing your gun, you must “rebound” your bullet before firing again. This grin inducing mechanic introduces a new strategic element where thinking about where your bullet will land is as important as where you shoot!

1-2 player Co-op or 2-4 player Versus mode. This is a game that begs to be played together with friends and family.

Enjoy the playful style with 7 game modes and 6 stackable gameplay modifiers. Want to tryout jetpacks and then turn everyone invisible? Go for it!

Select from 10 Player costumes to start with an additional 35+ wacky costumes to unlock during your quest to protect the galaxy!

Where can I buy a Guilt Battle Arena Key?

With GameGator, you are able to compare deals across verified and trusted stores to find the cheapest Guilt Battle Arena Key for a fair price. All stores currently listed have to undergo very specific testing to ensure that customer support, game deliveries, and the game keys themselves are of the highest quality. To sweeten the deal, we offer you specific discount codes, which you will not be able to find anywhere else. This allows us to beat all competitor prices and provide you with the cheapest, most trustworthy deals. If the current cheapest price of $8.36 for Guilt Battle Arena is too high, create a price alert and we will alert you through email, SMS, or discord the moment the Guilt Battle Arena price matches your budget.

Can I play Guilt Battle Arena immediately after the purchase?

What store should I choose for the best Guilt Battle Arena Deal?