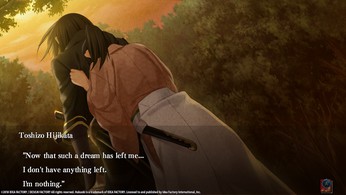 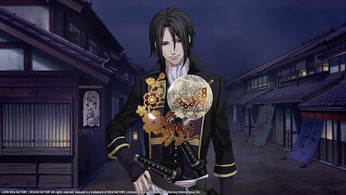 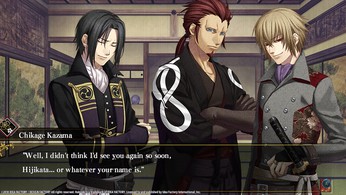 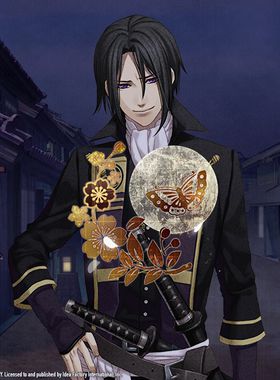 The battle for your heart is not over! Continue your journey to Edo in Hakuoki: Edo Blossoms. This remastered telling of the beloved visual novel Hakuoki series is a continuation of the Hakuoki: Kyoto Winds story and focuses on the story set in Edo, the second part in this two-part series. The young Chizuru, determined to find her father, will romance the famous warriors of Shinsengumi through a series of engaging stories and dramatic events. Now, experience new characters, love interests, and episodes in the world of Hakuoki: Edo Blossoms.

Chizuru Yukimura travels from Edo to Kyoto in hopes of searching for her father who had mysteriously vanished. Along the way, she encountered the Shinsengumi, and spent the next four years working with them to locate her father. In 1868, the final year of the Bakumatsu Period, the Shinsengumi, with Chizuru at their side, took part in the Battle of Toba-Fushimi to decide the future of the Tokugawa Shogunate against the rising tide of Imperial Nationalism. Unfortunately, defeat for the Shinsengumi came swiftly at the hands of the Imperial Army, and they retreated back to Edo in shame. It was a bittersweet homecoming for both Chizuru and the warriors of the Shinsengumi, as the city of Edo resembled very little of its former self, engulfed by the harrowing winds of change that were sweeping through the country. As the Shinsengumis survival came under threat, they were faced with a choice: discard their principles, or give up their lives. Some of them had no such choice, and they cloaked themselves in darkness to protect the Shinsengumis greatest secret: the Furies.

Start by choosing from one of 12 handsome bachelors and fall in love with Japanese historys most famous warriors.

Explore the gorgeous world of Hakuoki through narrative choices that unlock branching storylines and up to 30 different endings.

The dramatic romance, friendship, and betrayal unfolds on your screen through fluid animation, vibrant art, and detailed CGs.

Where can I buy a Hakuoki: Edo Blossoms Key?

With GameGator, you are able to compare 11 deals across verified and trusted stores to find the cheapest Hakuoki: Edo Blossoms Key for a fair price. All stores currently listed have to undergo very specific testing to ensure that customer support, game deliveries, and the game keys themselves are of the highest quality. To sweeten the deal, we offer you specific discount codes, which you will not be able to find anywhere else. This allows us to beat all competitor prices and provide you with the cheapest, most trustworthy deals. If the current cheapest price of $1.82 for Hakuoki: Edo Blossoms is too high, create a price alert and we will alert you through email, SMS, or discord the moment the Hakuoki: Edo Blossoms price matches your budget.

Can I play Hakuoki: Edo Blossoms immediately after the purchase?

What store should I choose for the best Hakuoki: Edo Blossoms Deal?