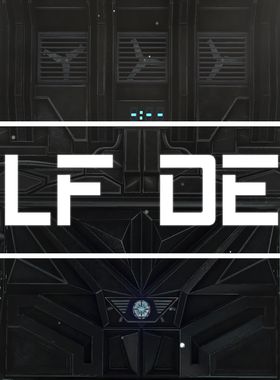 You are one of the most bloodthirsty criminals in the galaxy. The number of your victims is almost more than people hanged for the betrayal of the Empire. They caught you, and it seems that you definitely will face death penalty. But the corrupt galactic system gives you a second chance. The Emperor, for his personal pleasure, starts hosting galactic games of survival among the most bloodthirsty killers, and the people who are even worse: democratic rebels.

For that purpose, they built up a huge network of rooms filled with deadly traps. A manic smile appears on your face, because you know that the most deadly thing in the universe is you. Take part in the HALF DEAD 2 and show what you're capable of!

Where can I buy a Half Dead 2 Key?

With GameGator, you are able to compare 3 deals across verified and trusted stores to find the cheapest Half Dead 2 Key for a fair price. All stores currently listed have to undergo very specific testing to ensure that customer support, game deliveries, and the game keys themselves are of the highest quality. To sweeten the deal, we offer you specific discount codes, which you will not be able to find anywhere else. This allows us to beat all competitor prices and provide you with the cheapest, most trustworthy deals. If the current cheapest price of $4.99 for Half Dead 2 is too high, create a price alert and we will alert you through email, SMS, or discord the moment the Half Dead 2 price matches your budget.

Can I play Half Dead 2 immediately after the purchase?

What store should I choose for the best Half Dead 2 Deal?