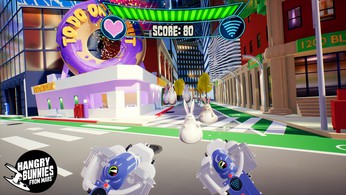 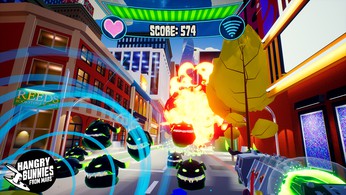 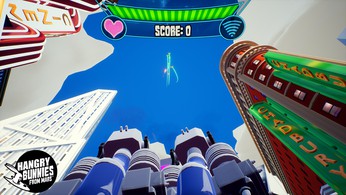 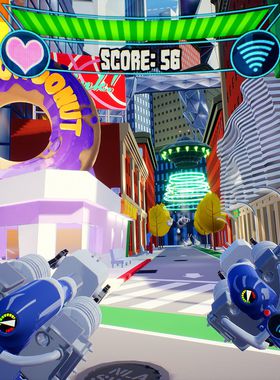 About Hangry Bunnies From Mars

How long will you survive against an unrelenting horde of fluffy-wuffy alien bunnies?

Join up with the Critter Death Squad as the teams chief exterminator (who may or may not be a clone) and arm yourself to the teeth with epic weaponry designed by the team's unhinged mad scientist, get tactical updates from a KGB pizza delivery driver, and fight to keep Earth off the dinner menu!

Hundreds of onscreen bunnies attacking at once!

Three unique weapons that unlock the longer you survive

Make your stand in a vibrant section of New Los Angeles, all in immersive, roomscale VR!

Where can I buy a Hangry Bunnies From Mars Key?

With GameGator, you are able to compare deals across verified and trusted stores to find the cheapest Hangry Bunnies From Mars Key for a fair price. All stores currently listed have to undergo very specific testing to ensure that customer support, game deliveries, and the game keys themselves are of the highest quality. To sweeten the deal, we offer you specific discount codes, which you will not be able to find anywhere else. This allows us to beat all competitor prices and provide you with the cheapest, most trustworthy deals. If the current cheapest price for Hangry Bunnies From Mars is too high, create a price alert and we will alert you through email, SMS, or discord the moment the Hangry Bunnies From Mars price matches your budget.

Can I play Hangry Bunnies From Mars immediately after the purchase?

What store should I choose for the best Hangry Bunnies From Mars Deal?