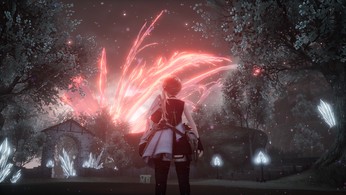 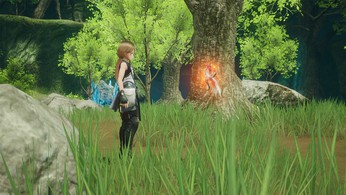 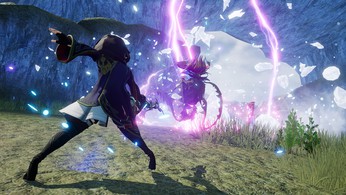 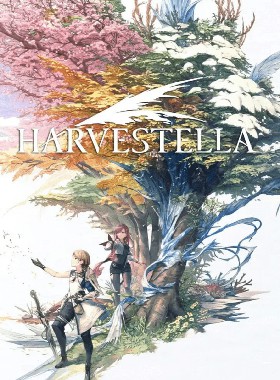 Our protagonist awakens during the height of Quietus, a disaster that visits with the changing of each season – and a threat to all life.

Lead a life of self-sufficiency with your vibrant house as a base and cooperate with allies to overcome various threats, all as you draw ever closer to the truth behind the disasters and the very world's creation! The season of death that visits with the changing of the seasons. Plants wither. People cannot even walk around outside, due to the dust of death that fills the air. And each year, Quietus persists for longer and longer…Nemea Town, where cherry trees bloom all year round. Shatolla, a seaside town home to a bustling tavern. Lethe Village, resplendent in the vibrant colours of the four seasons. The Holy Capital of Argene, cloaked in snow. Use the world map to travel to all these settlements and their respective dungeons. You will have to traverse beautiful, treacherous paths to reach the Seaslights – four giant crystals that govern the seasons. Grow fruit, vegetables and crops in your fields to either sell or use as crafting materials. If you use the produce you've grown in your cooking, the food will grant extremely helpful effects for your adventures, such as HP recovery or temporary stat boosts! It might also be a good idea to take care of some plump cluffowl birds, dignified goat-like woolum, and a pet totokaku. Shrika, a missionary searching for a new form of faith. Heine, a pompous gentleman mechanic.

Asyl, descendent of the Wind poem people. And Aria, a mysterious girl who claims to have come from the future. Cooperate with – and sometimes clash with – your allies, including these characters among others. Reach a deeper mutual understanding by facing their worries and their way of life head on. Overcome battles by switching seamlessly between jobs during combat – including the Fighter, adept with swift sword techniques, the Shadow Walker, which deals critical wounds with twin blades, or the Mage, specialising in magic attacks. When faced with a mighty foe, skilfully target their weak points to inflict the Double Break state and take them down in an instant!

Where can I buy a HARVESTELLA Key?

With GameGator, you are able to compare 11 deals across verified and trusted stores to find the cheapest HARVESTELLA Key for a fair price. All stores currently listed have to undergo very specific testing to ensure that customer support, game deliveries, and the game keys themselves are of the highest quality. To sweeten the deal, we offer you specific discount codes, which you will not be able to find anywhere else. This allows us to beat all competitor prices and provide you with the cheapest, most trustworthy deals. If the current cheapest price of $44.94 for HARVESTELLA is too high, create a price alert and we will alert you through email, SMS, or discord the moment the HARVESTELLA price matches your budget.

Can I play HARVESTELLA immediately after the purchase?

What store should I choose for the best HARVESTELLA Deal?