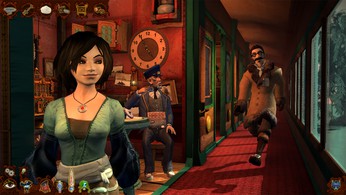 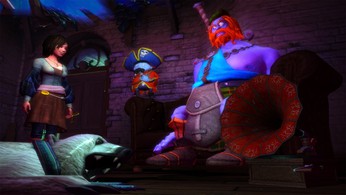 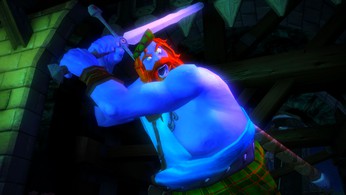 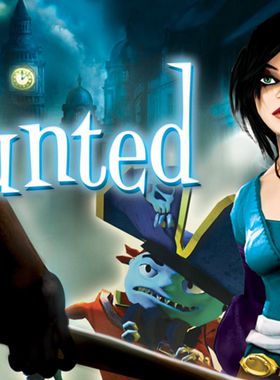 Haunted is a horror multiplayer game in which 3-5 people slip into the role of a lost-place team. You jointly have to find out the history of the old psychiatry and get out of it again. But this is harder than it sounds, because one of your teammates turns out to be a patient of the former clinic, who is not recognizable as such. The team's goal is to find enough clues and leave the institution before the time runs out. Through these clues and other useful items, you can also identify the psycho.

The psycho can be stopped for a short time with the help of syringes, bricks and boards, thus facilitating the escape. The psycho must try to avoid drawing attention to himself. He gets intoxicated at certain intervals, where he behaves conspicuously, but is also stronger. He can suppress this with the help of medication. His task is to prevent the others from finding all the clues and finding out who the psycho is.

In addition, he must try to make everyone else addicted with the help of injections, which are distributed throughout the entire institution but are very limited, which turns them into psychos as well. However, one is not helplessly exposed to this. The others have the possibility to undo this with an antidote, but there is not much time for that.

Where can I buy a Haunted Key?

With GameGator, you are able to compare 6 deals across verified and trusted stores to find the cheapest Haunted Key for a fair price. All stores currently listed have to undergo very specific testing to ensure that customer support, game deliveries, and the game keys themselves are of the highest quality. To sweeten the deal, we offer you specific discount codes, which you will not be able to find anywhere else. This allows us to beat all competitor prices and provide you with the cheapest, most trustworthy deals. If the current cheapest price of $2.03 for Haunted is too high, create a price alert and we will alert you through email, SMS, or discord the moment the Haunted price matches your budget.

Can I play Haunted immediately after the purchase?

What store should I choose for the best Haunted Deal?