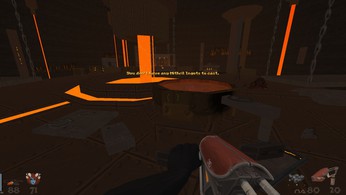 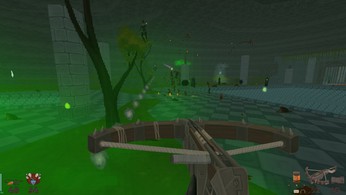 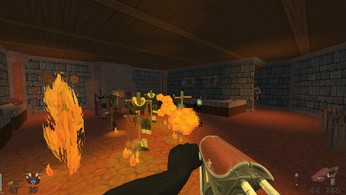 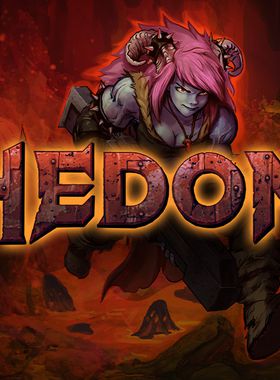 Hedon mixes old school/boomercore elements with current gen design. Sprawling levels that offer a degree of freedom and don't hold the player's hand. Exploring, hunting secrets, backtracking, patience and having to figure out what to do next is key. Monsters and pickups are hand-placed and vary according to the difficulty you play on.

Original story packed with lots of lore and a focus on subtle details and world building, all doubled by a strong atmosphere. Gory, fast paced shooting, a solid arsenal of weapons and magic items. Combat is projectile-based, movement is essential, enemies are unique and vary in type and abilities. There is no leveling up, no talent trees, no gradual upgrades - you are in full charge of your skill.

Original soundtrack ranging from tense to serene ambient, with occasional bursts of metal. Later in the game you will also hear some of Alexander Brandon's personal tracks that never released in Unreal and Deus Ex! Thousands of hours of work put into an original concept, digitally hand-drawn graphics (textures, sprites, frame by frame animations etc.), scripting, sound effects and level design, all by a one man dev team aiming to create a game with a strong personality and feel.

Where can I buy a Hedon Key?

With GameGator, you are able to compare 3 deals across verified and trusted stores to find the cheapest Hedon Key for a fair price. All stores currently listed have to undergo very specific testing to ensure that customer support, game deliveries, and the game keys themselves are of the highest quality. To sweeten the deal, we offer you specific discount codes, which you will not be able to find anywhere else. This allows us to beat all competitor prices and provide you with the cheapest, most trustworthy deals. If the current cheapest price of $3.90 for Hedon is too high, create a price alert and we will alert you through email, SMS, or discord the moment the Hedon price matches your budget.

Can I play Hedon immediately after the purchase?

What store should I choose for the best Hedon Deal?