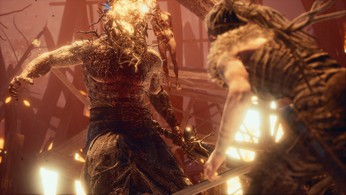 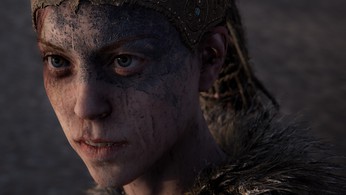 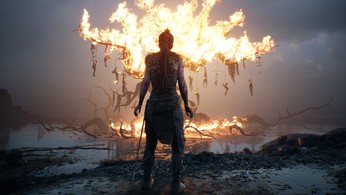 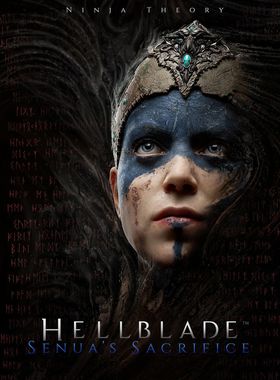 The action-adventure Hellblade: Senua's Sacrifice is deeply rooted in the Mythical Nordic world. The warrior Senua must embark on a heroic journey to save her great love Dillion from dark forces. Unusual for a video game is the fact that Senua suffers from psychosis. This is based on traumatic experiences, which become increasingly evident in the course of the game. While players solve puzzles, fight scary creatures and explore atmospheric locations, it quickly becomes clear: Senua's journey - which will take her to the Nordic underworld - symbolizes the confrontation with her inner demons. During the course of the game, a multitude of runestones can be discovered. If one of these stones is interacted with, a narrator recites a part of a mythical Nordic story in a few sentences. The more runestones are found, the more background knowledge players can acquire. This knowledge is not needed for the actual course of the game. However, there is also an added value in the sense that the stories are often symbolically connected to Senua's inner journey. Apart from the runestones, there is no free game content. Hellblade: Senua's Sacrifice offers adult players a fascinating, intense, but also disturbing gaming experience. Senua's fight against her inner demons touches, but also includes many scenes that can cause emotional stress. It is remarkable that the British developers of Ninja Theory approach the topic of psychosis with a lot of empathy. Fortunately, the subject isn't merely exploited as a "special ability" of a character. Instead, the illness is the foundation on which both the plot and large parts of the game mechanics are built. At the end of the game, a hopeful message remains, which, however, does not make a mistake to drift off into a kitschy healing world scenario.

Where can I buy a Hellblade: Senua's Sacrifice Key?

With GameGator, you are able to compare 25 deals across verified and trusted stores to find the cheapest Hellblade: Senua's Sacrifice Key for a fair price. All stores currently listed have to undergo very specific testing to ensure that customer support, game deliveries, and the game keys themselves are of the highest quality. To sweeten the deal, we offer you specific discount codes, which you will not be able to find anywhere else. This allows us to beat all competitor prices and provide you with the cheapest, most trustworthy deals. If the current cheapest price of $8.59 for Hellblade: Senua's Sacrifice is too high, create a price alert and we will alert you through email, SMS, or discord the moment the Hellblade: Senua's Sacrifice price matches your budget.

Can I play Hellblade: Senua's Sacrifice immediately after the purchase?

What store should I choose for the best Hellblade: Senua's Sacrifice Deal?