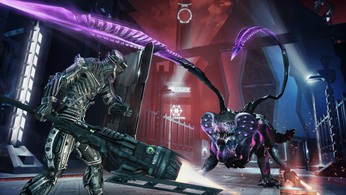 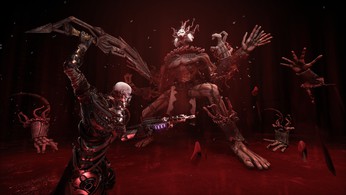 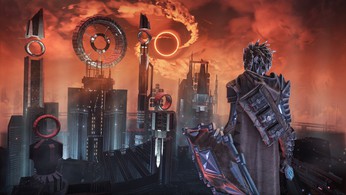 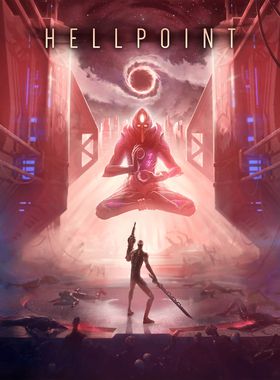 Hellpoint is a dark and challenging action RPG set in a heavily atmospheric sci-fi universe where the line between science and occultism is blurred.

Once a pinnacle of human achievement, the Irid Novo space station has fallen. Its ruins are now overrun by cruel interdimensional entities acting as puppets of the malevolent Cosmic Gods. You have been created by the Author, organically printed on Irid Novo and sent on a mission to find out the unholy series of events that led to the catastrophic incident known as the Merge.

Irid Novo is a massive interconnected world full of mysteries, hidden passages and secrets within secrets - all for you to explore in any order you like. More dread and shivers awaits you as you travel deeper into the darkest corner of this forsaken colony. Dozens of melee and ranged weapons and armor pieces to suit your playstyle. Every weapon has unique special abilities that unlock the more you fight with them.

A fascinating new sci fi universe reminiscent of classic sci-fi movies, set in the aftermath of a massive quantum cataclysm and complete with a deep lore and goosebump inducing soundtrack. The space station orbits in real time around an ominous black hole that triggers various dynamic events such as boss appearances, horde assaults as well as modified enemy stats and positions.

Where can I buy a Hellpoint Key?

With GameGator, you are able to compare 31 deals across verified and trusted stores to find the cheapest Hellpoint Key for a fair price. All stores currently listed have to undergo very specific testing to ensure that customer support, game deliveries, and the game keys themselves are of the highest quality. To sweeten the deal, we offer you specific discount codes, which you will not be able to find anywhere else. This allows us to beat all competitor prices and provide you with the cheapest, most trustworthy deals. If the current cheapest price of $1.81 for Hellpoint is too high, create a price alert and we will alert you through email, SMS, or discord the moment the Hellpoint price matches your budget.

Can I play Hellpoint immediately after the purchase?

What store should I choose for the best Hellpoint Deal?