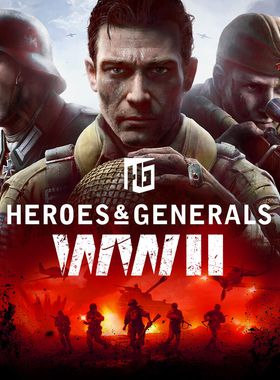 About Heroes and Generals WW2

Heroes & Generals WW2 is a full on, all-out WAR experience. Thousands of players fighting one massive clash of nations. The first to capture 15 cities takes the glory. Fight alongside newfound brothers from all over the world in multiple battles raging persistently as Generals strategize and deploy resources to assist their men. As a soldier everything you do influences the war.

Experience the rush of close quarter combat, the pleasure of picking off the enemy at range, the power of unleashing hell from a tank or wreaking havoc from an aircraft. The choice is yours. Unleash the terror of the badass Panther Tank, the power of the Yak-9B fighter's 20mm cannons, or the stealth of an M8 Greyhound. Load out with the deadly PPS-43, the legendary Tommy Gun or the rare but lethal FG-42.

Where can I buy a Heroes and Generals WW2 Key?

With GameGator, you are able to compare deals across verified and trusted stores to find the cheapest Heroes and Generals WW2 Key for a fair price. All stores currently listed have to undergo very specific testing to ensure that customer support, game deliveries, and the game keys themselves are of the highest quality. To sweeten the deal, we offer you specific discount codes, which you will not be able to find anywhere else. This allows us to beat all competitor prices and provide you with the cheapest, most trustworthy deals. If the current cheapest price for Heroes and Generals WW2 is too high, create a price alert and we will alert you through email, SMS, or discord the moment the Heroes and Generals WW2 price matches your budget.

Can I play Heroes and Generals WW2 immediately after the purchase?

What store should I choose for the best Heroes and Generals WW2 Deal?