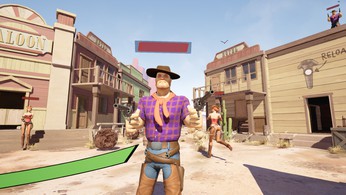 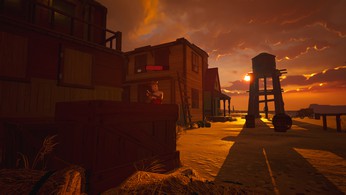 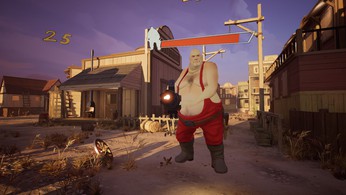 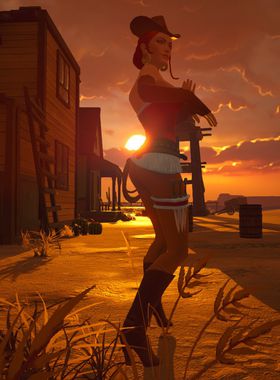 There is a new sheriff in town! High Noon is a fun VR shooter where you play as а sheriff in a small town somewhere in the Wild West.

Although, the things are not doing that well in this town. Hordes of bloodthirsty outlaws terrorize poor peaceful townsfolk and they could be real pain in the neck of a new sheriff. In your neck. So make ‘em dance! You are the Law now. And the time has come for them to learn that once and for all.

Immerse yourself into the true Western - the scorching sun, prairies and saloons. Fight and win on the colorful locations of the Wild West!

From regular revolvers, rifles and dynamite to unconventional harpoons. Choose and upgrade your weapons right - your life depends on it!

THE HIGHER YOUR SKILL, THE BETTER THE REWARD

The game encourages you to play “in style” - achieve goals by a killing sprees, multiple headshots and double your reward!

JUSTICE IS IN YOUR HANDS

Enemies get tougher and bosses get deadlier with each new level and location — upgrade your arsenal and mow them down. Every single one of them has different look and behavior, but they all have a common goal - to get rid of the new sheriff.

Join the fight, upgrade your weapons, and compete with your friends. Dynamic battles against dozens of enemies, a vigorous soundtrack and vivid, stylish visuals in the classic Western atmosphere awaits you. You are the Law now!

Where can I buy a High Noon VR Key?

With GameGator, you are able to compare 2 deals across verified and trusted stores to find the cheapest High Noon VR Key for a fair price. All stores currently listed have to undergo very specific testing to ensure that customer support, game deliveries, and the game keys themselves are of the highest quality. To sweeten the deal, we offer you specific discount codes, which you will not be able to find anywhere else. This allows us to beat all competitor prices and provide you with the cheapest, most trustworthy deals. If the current cheapest price of $8.77 for High Noon VR is too high, create a price alert and we will alert you through email, SMS, or discord the moment the High Noon VR price matches your budget.

Can I play High Noon VR immediately after the purchase?

What store should I choose for the best High Noon VR Deal?