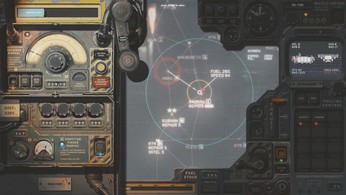 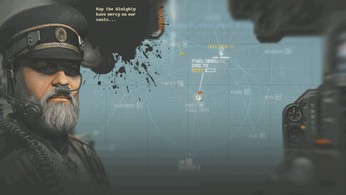 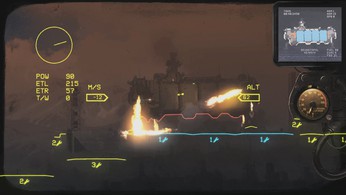 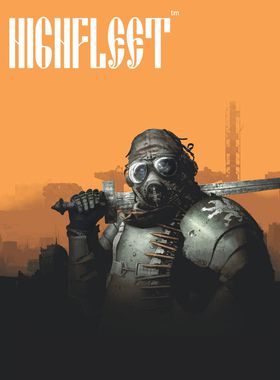 In a world with no memory of its past. The House of Sayadi sends its thousand-ton military ships to the skies. Stirring the peace of nations inhabiting the earth they strive to bring back what they have lost.

As a commander of the Sayadi Task Force you've been sent to regain control of the rebellious Kingdom of Gerat by whatever means necessary. To succeed will require careful exploration, clever resource management, cautious diplomacy and building a fleet capable of ruling the skies unchallenged.

But maybe a much greater destiny awaits you in this journey. As this forsaken land still hides the mysterious prophecies of a long forgotten past. At the heart of HighFleet is a unique form of combat in which giant ships bristling with weaponry duel above the desert. This is no mindless button mashing, however. Far from it. Battles are won by skilfully moving into positions that allow you to exploit your enemies' weak spots.

Mastering HighFleet requires much more than winning battles. You must explore the mysterious lands of Gerat. You must manage your ships, men, fuel and other resources. You must engage in diplomacy with the various factions. And then there's the prophecy to be unravelled…

Thanks to HighFleet's in-game ship editor, you can build the perfect fleet to suit your style of fighting. The many distinctive ship options and upgrade paths ensure the game will provide plenty of replay value.

The "dieselpunk" visual aesthetic, immersive music and sounds, and underlying mystery of HighFleet combine to create a truly unique and unforgettable atmosphere. This is a world you won't want to leave until you've uncovered every secret and followed your destiny to the very end.

Where can I buy a HighFleet Key?

With GameGator, you are able to compare 10 deals across verified and trusted stores to find the cheapest HighFleet Key for a fair price. All stores currently listed have to undergo very specific testing to ensure that customer support, game deliveries, and the game keys themselves are of the highest quality. To sweeten the deal, we offer you specific discount codes, which you will not be able to find anywhere else. This allows us to beat all competitor prices and provide you with the cheapest, most trustworthy deals. If the current cheapest price of $21.48 for HighFleet is too high, create a price alert and we will alert you through email, SMS, or discord the moment the HighFleet price matches your budget.

Can I play HighFleet immediately after the purchase?

What store should I choose for the best HighFleet Deal?