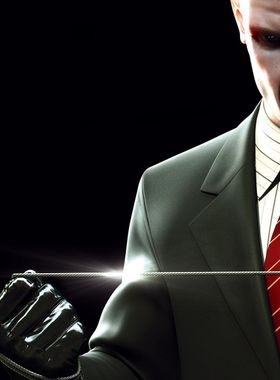 Hitman: Blood Money' is an action and stealth video game developed by the Danish studio IO Interactive and published by Eidos for PS3, Xbox 360 and PC in 2005. The plot of this game works through flashbacks in which the journalist and former FBI agent Alexander Leland remembers some of the blows executed by Agent 47.

It follows the line of the franchise, in which the protagonist must execute one or several targets in each mission using all his skills to go unnoticed, such as disguising or hiding behind cover-ups. The completion of each mission in an imaginative way is rewarded, something that has always been enhanced in the franchise and for which IO Interactive provides more than enough tools. Hitman: Blood Money is a delivery of the saga of the legendary murderer Agent 47 for sixth and seventh generation consoles, as well as compatible. The campaign takes us to the United States, where 47 accepts the assignment of the father of one of the victims of the Baltimore amusement park accident. After killing the park owner, he begins to receive assignments from all over the country.

As is traditional in the series, in Hitman Blood Money we combine action and stealth to kill the target or targets of each mission, with the possibility of carrying out our mission in many different ways.

Where can I buy a Hitman: Blood Money Key?

With GameGator, you are able to compare 20 deals across verified and trusted stores to find the cheapest Hitman: Blood Money Key for a fair price. All stores currently listed have to undergo very specific testing to ensure that customer support, game deliveries, and the game keys themselves are of the highest quality. To sweeten the deal, we offer you specific discount codes, which you will not be able to find anywhere else. This allows us to beat all competitor prices and provide you with the cheapest, most trustworthy deals. If the current cheapest price of $0.87 for Hitman: Blood Money is too high, create a price alert and we will alert you through email, SMS, or discord the moment the Hitman: Blood Money price matches your budget.

Can I play Hitman: Blood Money immediately after the purchase?

What store should I choose for the best Hitman: Blood Money Deal?