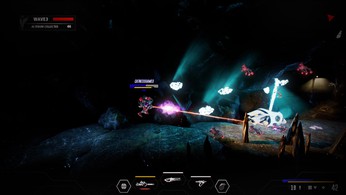 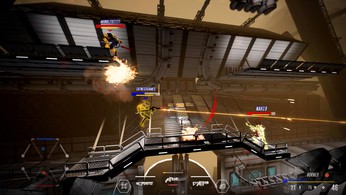 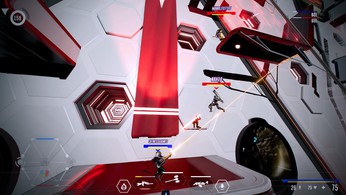 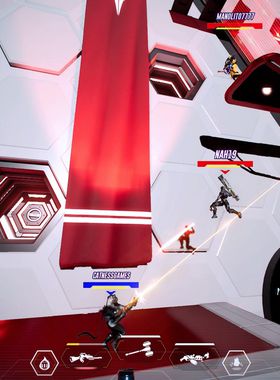 HIVE is a multiplayer hero shooter in 2.5D side scroll with futuristic style and frenetic gameplay. Up to 10 players will have to fight in Hexadiums, hexagon-shaped combat areas located inside the planet HIVE. Hexadiums are scenarios that are divided into 6 zones, each with its own gravity, and which have platforms and open spaces that turn it into a frenetic battlefield.

In HIVE, we assume the role of the best fighters of the different races that exist in the game: human military (UFG), human modified by alteno (NHC), robots (EVO), and evolved aliens (Aeons). Each Heroes has several skills and weapons that can be equipped before entering battle, to suit the style of play of each player and that make each game unique with the hundreds of combinations that you can have with the weapons and characters available.

The battles are governed by a series of rules according to their game mode:

TEAM DEATHMATCH: A team fight in an industrial battlefield, aiming to obtain the highest number of enemy kills.

KING OF THE HILL: Teams must conquer and defend one of three different strategic points scattered across the map.

SURVIVAL: Offline or cooperative mode, in which the hero faces waves of enemies.

Where can I buy a HIVE: Altenum Wars Key?

With GameGator, you are able to compare 7 deals across verified and trusted stores to find the cheapest HIVE: Altenum Wars Key for a fair price. All stores currently listed have to undergo very specific testing to ensure that customer support, game deliveries, and the game keys themselves are of the highest quality. To sweeten the deal, we offer you specific discount codes, which you will not be able to find anywhere else. This allows us to beat all competitor prices and provide you with the cheapest, most trustworthy deals. If the current cheapest price of $0.54 for HIVE: Altenum Wars is too high, create a price alert and we will alert you through email, SMS, or discord the moment the HIVE: Altenum Wars price matches your budget.

Can I play HIVE: Altenum Wars immediately after the purchase?

What store should I choose for the best HIVE: Altenum Wars Deal?