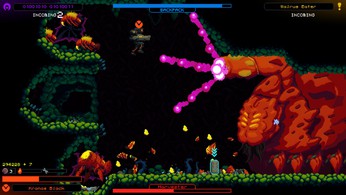 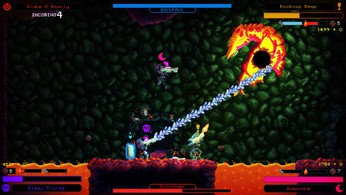 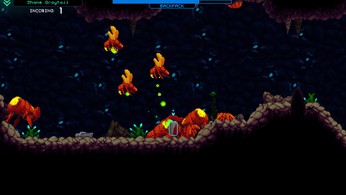 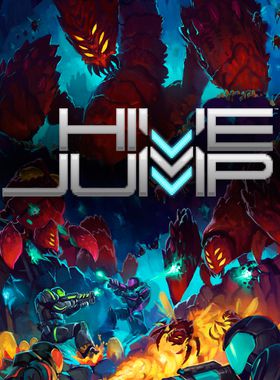 In the 24th century, humanity is at war with a hostile alien race. Outnumbered a million to one, mankind's only hope of survival is the J.U.M.P. Corps. Its mission is to fight the alien menace hive by hive and planet by planet.

You and your friends assume the role of JUMPERS, and blast your way through procedurally generated alien hives in chaotic run and gun platforming action. Up to 4 Players band together in Local or Online Co-op to kill aliens, avoid traps, collect treasures and discover lost relics. Defeat fierce alien bosses to complete your mission and save the galaxy.

Where can I buy a Hive Jump Key?

With GameGator, you are able to compare 6 deals across verified and trusted stores to find the cheapest Hive Jump Key for a fair price. All stores currently listed have to undergo very specific testing to ensure that customer support, game deliveries, and the game keys themselves are of the highest quality. To sweeten the deal, we offer you specific discount codes, which you will not be able to find anywhere else. This allows us to beat all competitor prices and provide you with the cheapest, most trustworthy deals. If the current cheapest price of $0.89 for Hive Jump is too high, create a price alert and we will alert you through email, SMS, or discord the moment the Hive Jump price matches your budget.

Can I play Hive Jump immediately after the purchase?

What store should I choose for the best Hive Jump Deal?