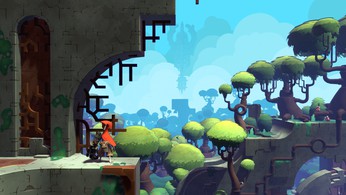 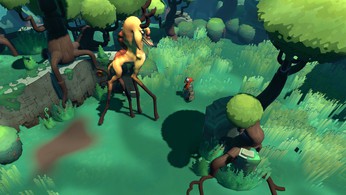 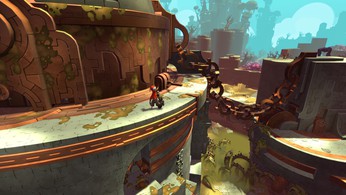 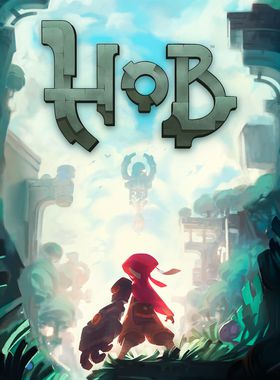 From the team that brought you Torchlight and Torchlight II comes Hob: a vibrant, suspenseful action-adventure game set on a stunning and brutal world in disarray. As players delve into the mysteries around them, they discover a planet in peril. Can it be mended, or will the world fall further into chaos?

WORDLESS NARRATIVE: Presented without text or dialogue, Hob's story is revealed as you explore the planet and interact with the strange lifeforms that inhabit it.

TRANSFORM THE WORLD by solving puzzles and repairing the planet. The landscape will change before your eyes, opening new areas to uncover and explore.

GRAPPLE, PUNCH, and WARP through the world! Use your mechanical glove-arm abilities for traversal as well as combat.

ADVENTURE in an open world, explore ruins, befriend sprites, and battle the rogue creatures that threaten their extinction.

Where can I buy a Hob Key?

With GameGator, you are able to compare 14 deals across verified and trusted stores to find the cheapest Hob Key for a fair price. All stores currently listed have to undergo very specific testing to ensure that customer support, game deliveries, and the game keys themselves are of the highest quality. To sweeten the deal, we offer you specific discount codes, which you will not be able to find anywhere else. This allows us to beat all competitor prices and provide you with the cheapest, most trustworthy deals. If the current cheapest price of $1.51 for Hob is too high, create a price alert and we will alert you through email, SMS, or discord the moment the Hob price matches your budget.

Can I play Hob immediately after the purchase?

What store should I choose for the best Hob Deal?