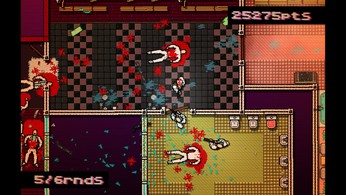 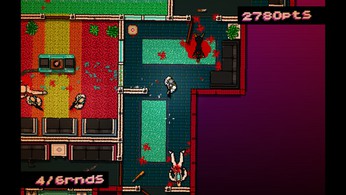 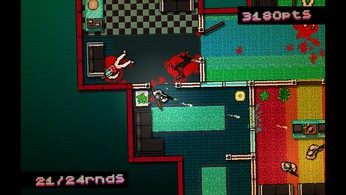 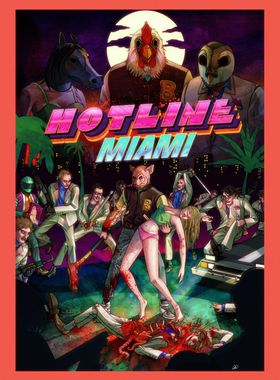 In computer games, it is not uncommon for the player to be put into the body of a serial killer and seemingly have only one goal - as in "Hotline Miami". In overdriven 2D pixel optics, the player sees the protagonist from above and has a vast game area in view. A mature game story is not recognizable at first glance: We listen to a call on our answering machine, get into our DeLorean and find ourselves directly in front of a building to kill everyone inside. As soon as the mission is completed, we return to the car, and a new day begins with a new call on the answering machine.

In Hotline Miami, the player slips into the role of a nameless protagonist, who sets off after threatening phone calls to kill gangsters living at the given address. He wakes up in his apartment on April 3, 1989, and receives his first order via a message on his answering machine: to pick up a package of "cookies" and read through the list of ingredients. When the package is opened, the protagonist finds his first animal mask as well as the instruction to get a suitcase from certain premises and to kill all those present there. In the following weeks and months, the protagonist receives further orders until he decides against killing a prostitute who happens to be present, takes her in instead, and begins a relationship with her. During an assignment, the protagonist finally receives the order to come to the building of a telephone company. Arriving there, he finds all the employees dead and meets "biker", who attacks him after a short conversation. Here the story splits.

Where can I buy a Hotline Miami Key?

With GameGator, you are able to compare 19 deals across verified and trusted stores to find the cheapest Hotline Miami Key for a fair price. All stores currently listed have to undergo very specific testing to ensure that customer support, game deliveries, and the game keys themselves are of the highest quality. To sweeten the deal, we offer you specific discount codes, which you will not be able to find anywhere else. This allows us to beat all competitor prices and provide you with the cheapest, most trustworthy deals. If the current cheapest price of $3.06 for Hotline Miami is too high, create a price alert and we will alert you through email, SMS, or discord the moment the Hotline Miami price matches your budget.

Can I play Hotline Miami immediately after the purchase?

What store should I choose for the best Hotline Miami Deal?