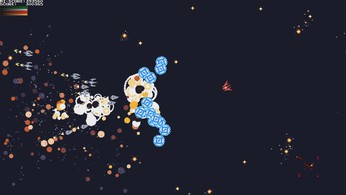 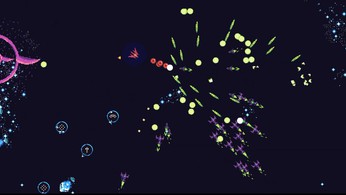 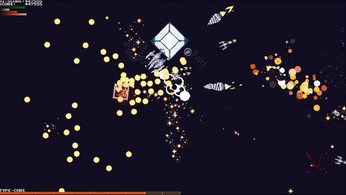 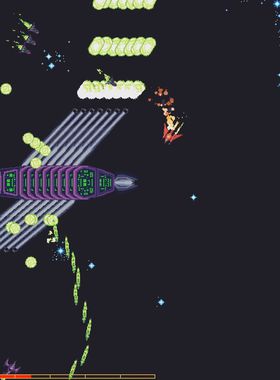 Take control of a deadly spacecraft to destroy hordes of vicious enemies from faraway galaxies in arcade shooter Hyperbolic Ignition. With 360 degrees of movement and combat, drift through the pitch-black void of space amidst the debris and explosions of fallen foes. As the last known survivor of their race without a place to call home, resist the ongoing pursuit of hostile adversaries. Become the fierce fighter pilot known only in fantasies.

Gripping Space Action – Utilizing 15 different possible weapon combinations from 8 different weapon types, tailor your arsenal to best suit the situation and towards your desired play-style. Each of the 4 areas presents a unique combat style that will force you to adapt.

Swarming Enemies and Projectiles – 21 unique enemies, including 4 powerful bosses, with their own movement patterns and weaponry, quickly fill the player's view with danger. Swift maneuvering, precise timing, and aggressive counterattack by the player are key to overcoming their onslaught.

Infinite Hard Mode – After defeating normal mode, unlock an endless challenge to test one's true ability. In this mode, players must survive while defeating enemies that increase in numbers to achieve the highest score and rank on the leaderboards.

Where can I buy a Hyperbolic Ignition Key?

With GameGator, you are able to compare 3 deals across verified and trusted stores to find the cheapest Hyperbolic Ignition Key for a fair price. All stores currently listed have to undergo very specific testing to ensure that customer support, game deliveries, and the game keys themselves are of the highest quality. To sweeten the deal, we offer you specific discount codes, which you will not be able to find anywhere else. This allows us to beat all competitor prices and provide you with the cheapest, most trustworthy deals. If the current cheapest price of $0.99 for Hyperbolic Ignition is too high, create a price alert and we will alert you through email, SMS, or discord the moment the Hyperbolic Ignition price matches your budget.

Can I play Hyperbolic Ignition immediately after the purchase?

What store should I choose for the best Hyperbolic Ignition Deal?