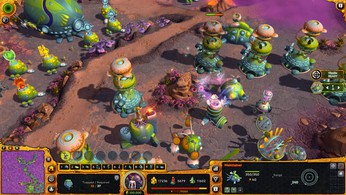 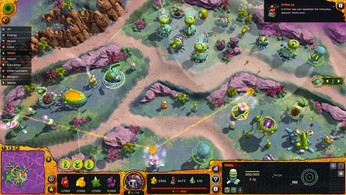 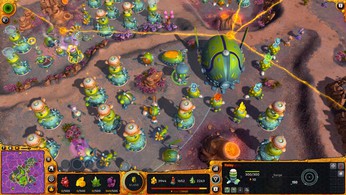 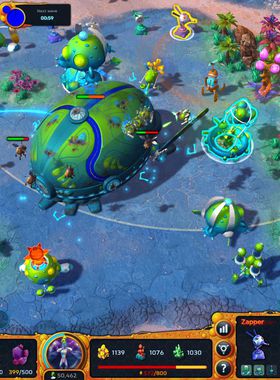 About Hypernova: Escape from Hadea

Do you like RTS games? How about tower defense, is that your cup of tea? Then make sure to play HYPERNOVA.In this exciting new mélange of RTS and TD, an alien planetary system is in danger. Its huge star Naidira is becoming increasingly unstable. Realizing that it is only a matter of time before an apocalyptic hypernova explosion destroys their entire planet Hadea, the Scynthians devise a plan to escape their world and rebuild their civilization elsewhere in the galaxy. Their salvation lies in an interstellar teleportation device. Unfortunately, the raw materials required to build and power up such a device have long been depleted on Hadea due to centuries of overpopulation.The only place where they can gather more of these elements is on Hadea's moon, Haya, an inhospitable world with a toxic corrosive atmosphere and inhabited by violent creatures. In a desperate, last-ditch effort to save their race, the Scynthians send an expedition to Haya to find a way to power the escape technology and save their culture from extinction.Engage in a role of a Scynthian leader and make the first step towards saving the Scynthians from certain oblivion.

Explore the unique environment of Haya and discover different landscapes

Unlock technologies in the tech tree

Build a tower defense system against the nasty Hayan creatures

Build and power up the Stellar Bridge - a teleportation device

Look for ancient relics around the moon

Where can I buy a Hypernova: Escape from Hadea Key?

With GameGator, you are able to compare 11 deals across verified and trusted stores to find the cheapest Hypernova: Escape from Hadea Key for a fair price. All stores currently listed have to undergo very specific testing to ensure that customer support, game deliveries, and the game keys themselves are of the highest quality. To sweeten the deal, we offer you specific discount codes, which you will not be able to find anywhere else. This allows us to beat all competitor prices and provide you with the cheapest, most trustworthy deals. If the current cheapest price of $7.80 for Hypernova: Escape from Hadea is too high, create a price alert and we will alert you through email, SMS, or discord the moment the Hypernova: Escape from Hadea price matches your budget.

Can I play Hypernova: Escape from Hadea immediately after the purchase?

What store should I choose for the best Hypernova: Escape from Hadea Deal?