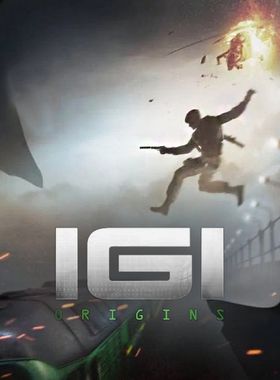 Go deep into the origins of the Institute for Global Intelligence, re-imagining a pioneer of the tactical first-person shooter genre, the prequel to 2000's Project I.G.I.

You are Michael King, codenamed Regent, an ex-SAS soldier, recruited by MI6 for covert, global missions to target an enemy with a world war in their sights. Armed with a sophisticated arsenal to divert, outsmart or wipe-out your adversaries, decide your approach; ghost-like espionage or heavy firefights. Twisted actions raise questions over the true enemy and harden your resolve against a shifting, hostile world.

Where can I buy a I.G.I. Origins Key?

With GameGator, you are able to compare deals across verified and trusted stores to find the cheapest I.G.I. Origins Key for a fair price. All stores currently listed have to undergo very specific testing to ensure that customer support, game deliveries, and the game keys themselves are of the highest quality. To sweeten the deal, we offer you specific discount codes, which you will not be able to find anywhere else. This allows us to beat all competitor prices and provide you with the cheapest, most trustworthy deals. If the current cheapest price for I.G.I. Origins is too high, create a price alert and we will alert you through email, SMS, or discord the moment the I.G.I. Origins price matches your budget.

Can I play I.G.I. Origins immediately after the purchase?

What store should I choose for the best I.G.I. Origins Deal?