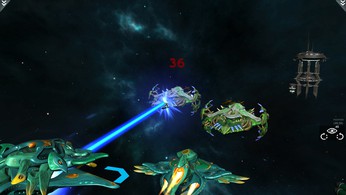 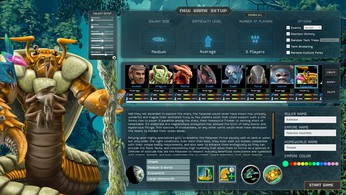 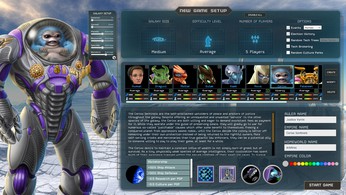 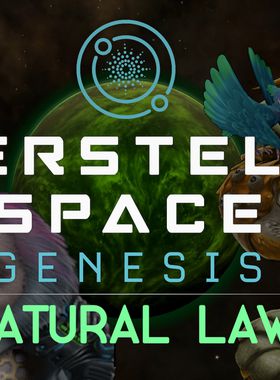 For far too long, the desires of the galaxy lay ignored, neglected by its so-called most intelligent and advanced species. Little did they know that while the galaxy's demands may be delayed, they will not be so easily subdued. There is a natural order, an ordained path it longs to take, and there are laws far greater than their own that must be fully obeyed. Against near impossible odds, two newcomers arise, alleged champions for their cause, both of whom ready and willing to right that which they feel has gone wrong.

This expansion features 2 new races, each fully equipped with unique new capabilities which are also usable by custom races. It also includes 9 new fully animated ruler options, 4 new music tracks, and 4 new leaders! Nature gives, but also demands. Their home a paradise among the stars, the Palacean Assembly will not stop until they've replicated this perfection across the entire galaxy.

As a symbiotic utopia of intelligent flora and fauna, all within their society have a voice and a vote. Though they hold no ill-will, any who prevent their expansion will be eliminated with impunity. Whether it's restructuring their colonies at a moment's notice, drawing additional power from the stars, or unleashing their pent up energy to eradicate nearby threats, these environmentalists are well equipped to fulfill nature's demands.

Where can I buy a Interstellar Space: Genesis - Natural Law Key?

With GameGator, you are able to compare 3 deals across verified and trusted stores to find the cheapest Interstellar Space: Genesis - Natural Law Key for a fair price. All stores currently listed have to undergo very specific testing to ensure that customer support, game deliveries, and the game keys themselves are of the highest quality. To sweeten the deal, we offer you specific discount codes, which you will not be able to find anywhere else. This allows us to beat all competitor prices and provide you with the cheapest, most trustworthy deals. If the current cheapest price of $8.40 for Interstellar Space: Genesis - Natural Law is too high, create a price alert and we will alert you through email, SMS, or discord the moment the Interstellar Space: Genesis - Natural Law price matches your budget.

Can I play Interstellar Space: Genesis - Natural Law immediately after the purchase?

What store should I choose for the best Interstellar Space: Genesis - Natural Law Deal?