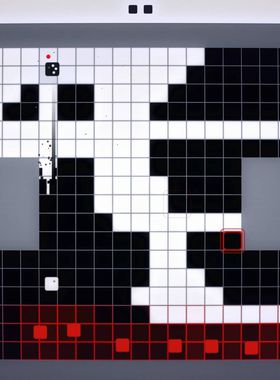 The playfield looks simple at first glance, but once the action begins, complexity unfolds at a rapid pace. INVERSUS is a negative-space shooter for one to four friends. Player movement is constrained to opposite colors of a black and white grid. My walls are your paths and your walls are my paths. Each shot flips tile colors in an attempt to block, trap and close in on the enemy. Firing a bullet opens up a path for you while also closing off a path for me. Both online and local couch play are supported. The competitive versus mode pits players against each other in 1v1 or 2v2 battles. The single-player and cooperative two-player modes pit players against endless waves of enemies as they fight for high scores on an ever-changing board.

Where can I buy a Inversus Key?

With GameGator, you are able to compare deals across verified and trusted stores to find the cheapest Inversus Key for a fair price. All stores currently listed have to undergo very specific testing to ensure that customer support, game deliveries, and the game keys themselves are of the highest quality. To sweeten the deal, we offer you specific discount codes, which you will not be able to find anywhere else. This allows us to beat all competitor prices and provide you with the cheapest, most trustworthy deals. If the current cheapest price of $1.85 for Inversus is too high, create a price alert and we will alert you through email, SMS, or discord the moment the Inversus price matches your budget.

Can I play Inversus immediately after the purchase?

What store should I choose for the best Inversus Deal?