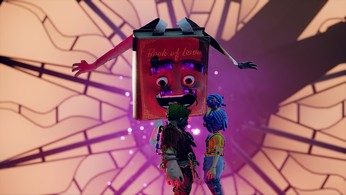 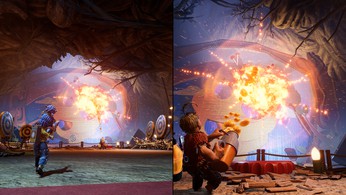 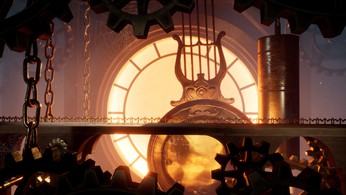 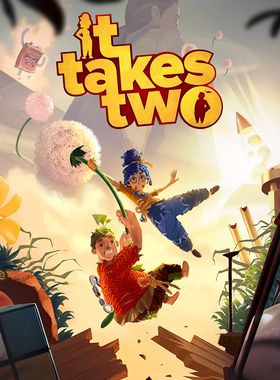 About It Takes Two

It Takes Two is a an innovative co-op adventure, in which varying gameplay and an emotional story combine to create a fantastic journey. Founded with the ideal of pushing the creative boundaries of what is possible in games, Hazelight is an award-winning studio known for critically acclaimed games like A Way Out and Brothers: A Tale of Two Sons. The story revolves around a small family, which is not exactly harmonious - on the contrary. The parents of a girl named Rose are violently quarrelling and are aiming for a divorce. This makes Rose further withdraw emotionally, so that she makes two toy dolls out of wood and clay. One day, they magically come to life. You slip into the roles of the dolls, which you can both control and steer through different sections. The emotions of Rose will play a major role in this process and even serve as the basis for novel gameplay mechanics. In order for the parents to regain their human bodies, you'll have to work together as a team and experience a highly emotional story that combines gameplay and storytelling.

Josef Fares, the founder of the developer studio Hazelight, is undoubtedly a special personality in the gaming world. He describes himself as brazen and does not hesitate to curse loudly on stage at big gaming events like The Game Awards. That he would one day make a name for himself with video games such as A Way Out and Brothers: A Tale of Two Sons was certainly not yet foreseeable for him when his family and him successfully emigrated from Lebanon at the age of ten on their fifth attempt and found a new home in Sweden. With the co-op action adventure platformer It Takes Two, he and his team are now working on the third title of the indie studio, set to be released in 2021.

Where can I buy a It Takes Two Key?

With GameGator, you are able to compare 39 deals across verified and trusted stores to find the cheapest It Takes Two Key for a fair price. All stores currently listed have to undergo very specific testing to ensure that customer support, game deliveries, and the game keys themselves are of the highest quality. To sweeten the deal, we offer you specific discount codes, which you will not be able to find anywhere else. This allows us to beat all competitor prices and provide you with the cheapest, most trustworthy deals. If the current cheapest price of $13.63 for It Takes Two is too high, create a price alert and we will alert you through email, SMS, or discord the moment the It Takes Two price matches your budget.

Can I play It Takes Two immediately after the purchase?

What store should I choose for the best It Takes Two Deal?