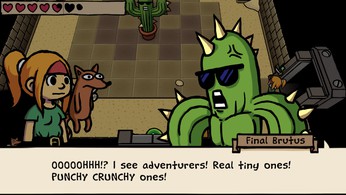 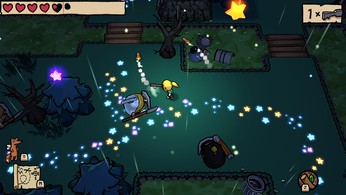 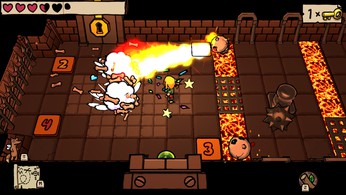 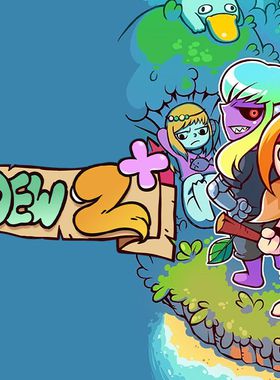 Ittle and Tippsie crash onto yet another island filled with loot, puzzles and mysterious inhabitants! With the help of a magical map, they set out to steal eight pieces of a raft from increasingly improbable locations including beaches, prairies, an art exhibit and some dudes basement.

Ittle Dew 2 is a charming and humorous 3D Action Adventure game with a focus on exploration and combat. Tackle the game's dungeons in any order and discover the many secrets of its expansive overworld. With only four main weapons, combat and puzzling is streamlined, yet upgradeable inventory items add RPG-like character progression!

Where can I buy a Ittle Dew 2 Key?

With GameGator, you are able to compare 4 deals across verified and trusted stores to find the cheapest Ittle Dew 2 Key for a fair price. All stores currently listed have to undergo very specific testing to ensure that customer support, game deliveries, and the game keys themselves are of the highest quality. To sweeten the deal, we offer you specific discount codes, which you will not be able to find anywhere else. This allows us to beat all competitor prices and provide you with the cheapest, most trustworthy deals. If the current cheapest price of $1.51 for Ittle Dew 2 is too high, create a price alert and we will alert you through email, SMS, or discord the moment the Ittle Dew 2 price matches your budget.

Can I play Ittle Dew 2 immediately after the purchase?

What store should I choose for the best Ittle Dew 2 Deal?