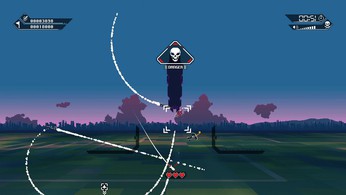 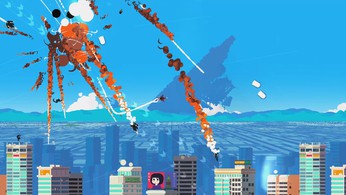 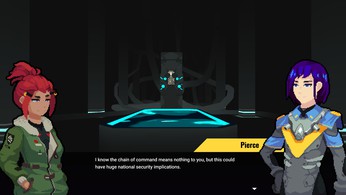 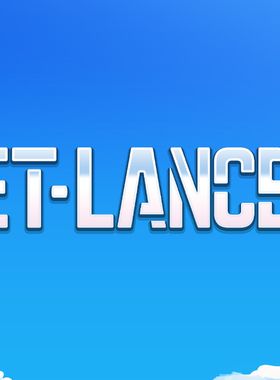 Jet Lancer is a high-velocity aerial combat shooter where you duel enemy aviators, hunt giant robots, and defy death at supersonic speeds. You are Ash Leguinn: badass pilot, highly paid mercenary, and flight-school drop out. Your day job is fine - the daily grind of dealing with Sky Pirates pays the bills - but nothing compares to the rush of demolishing a ninety-ton mechanical monstrosity at the speed of sound. And you'll have your chance. As mechanized weapons converge on Root City, you'll have to be at the top of your game to survive, and you'll have to surpass your limits if you want to save the world.

Jet Lancer is easy to learn but hard to master. Precise and responsive controls make you feel like an ACE as you dodge and weave through enemy fire without even a scratch in the paint. Make your way from rookie aviator to ACE pilot in a story-driven single player campaign containing 30 missions, 11 bosses, and only 1 chance to save the world. Go higher, further, and faster in Jet Lancer's New Game Plus mode which features more relentless AI, new attack patterns, and some fancy new upgrades for the LANCE to provide a fresh experience.

Where can I buy a Jet Lancer Key?

With GameGator, you are able to compare 2 deals across verified and trusted stores to find the cheapest Jet Lancer Key for a fair price. All stores currently listed have to undergo very specific testing to ensure that customer support, game deliveries, and the game keys themselves are of the highest quality. To sweeten the deal, we offer you specific discount codes, which you will not be able to find anywhere else. This allows us to beat all competitor prices and provide you with the cheapest, most trustworthy deals. If the current cheapest price of $12.76 for Jet Lancer is too high, create a price alert and we will alert you through email, SMS, or discord the moment the Jet Lancer price matches your budget.

Can I play Jet Lancer immediately after the purchase?

What store should I choose for the best Jet Lancer Deal?