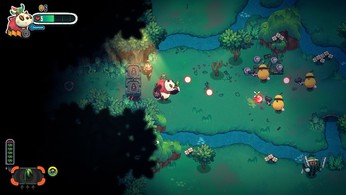 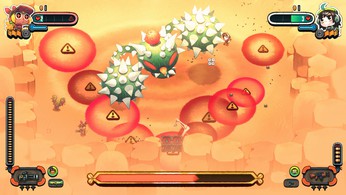 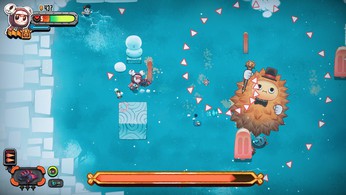 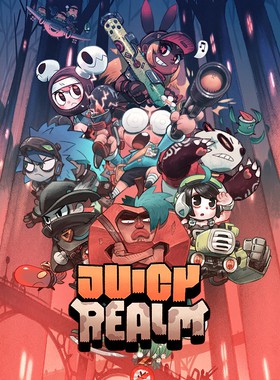 The Order of Things... Disrupted. Only when plants began sprouting arms and legs and developing self-awareness did humanity truly begin to understand the menace that these once photosynthesis-dependent creatures posed. No one could understand how the plants took this large evolutionary leap in such a short time, something that took their animal counterparts millions of years to accomplish. One thing is certain, now is the time for humanity to make their stand in order to stay at the top of the food chain.

As one of the first explorers of the newly discovered plant empire, you must continuously drive deeper and deeper into the enemy's lair. Defeat bizarre and colorful fruits while retrieving new gear, weapons, and resources to defend yourself and expand your base camp.

If you're unable to defeat the overwhelming destructive force of the plant army alone, invite a few friends to lend a hand and help you discover the secrets behind this strange new world.

Where can I buy a Juicy Realm Key?

With GameGator, you are able to compare deals across verified and trusted stores to find the cheapest Juicy Realm Key for a fair price. All stores currently listed have to undergo very specific testing to ensure that customer support, game deliveries, and the game keys themselves are of the highest quality. To sweeten the deal, we offer you specific discount codes, which you will not be able to find anywhere else. This allows us to beat all competitor prices and provide you with the cheapest, most trustworthy deals. If the current cheapest price of $9.99 for Juicy Realm is too high, create a price alert and we will alert you through email, SMS, or discord the moment the Juicy Realm price matches your budget.

Can I play Juicy Realm immediately after the purchase?

What store should I choose for the best Juicy Realm Deal?