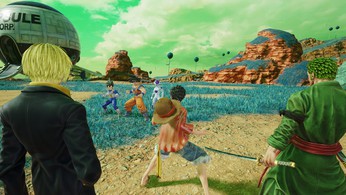 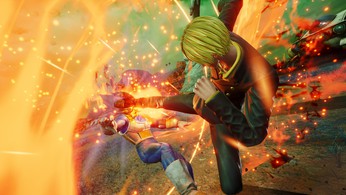 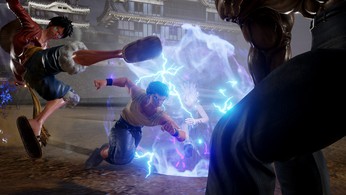 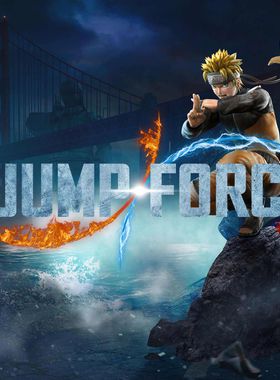 Jump Force is a combat game developed by Spike Chunsoft and released by Bandai Namco Entertainment. It features characters from various manga series presented in the Weekly Shonen Jump Anthology to celebrate the magazine's 50th anniversary.

A sudden fusion of the jump world with the real world has caused all sorts of chaos on Earth. To counter the new threat, Director Glover forms a hero team called Jump Force, which includes the strongest fighters from the entire Manga universe. Players create their own hero by combining appearance and fighting style with elements from the included manga franchise and then join the jump force to stop the villains.

Where can I buy a Jump Force Deluxe Edition Key?

With GameGator, you are able to compare 10 deals across verified and trusted stores to find the cheapest Jump Force Key for a fair price. All stores currently listed have to undergo very specific testing to ensure that customer support, game deliveries, and the game keys themselves are of the highest quality. To sweeten the deal, we offer you specific discount codes, which you will not be able to find anywhere else. This allows us to beat all competitor prices and provide you with the cheapest, most trustworthy deals. If the current cheapest price of $13.43 for Jump Force is too high, create a price alert and we will alert you through email, SMS, or discord the moment the Jump Force price matches your budget.

Can I play Jump Force Deluxe Edition immediately after the purchase?

What store should I choose for the best Jump Force Deluxe Edition Deal?