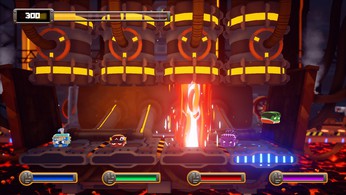 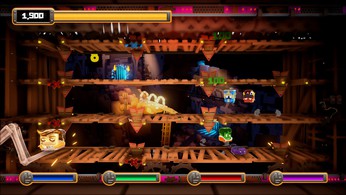 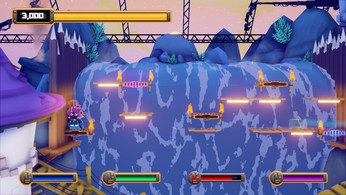 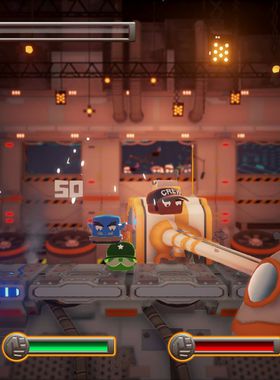 Introducing Jump Stars, the bonkers new local multiplayer party game which pits player against player in a bizarre, violent game show - whilst they collectively compete to save their skins.

Cooperate as a team to get as much score as you can, then jump, punch, break, munch, explode, and crunch your teammates out the way to steal first place!

Try to reach "The Gauntlet" by getting enough team score in each of four random mini-games chosen by the ominously cuckoo host, in "Tournament"! Or, build your very own line-up, choosing from a array of unique mini-games across 25 different settings, in "My Show". Then pick one of 24 different cosplaying Cubee contestants to play as!

Where can I buy a Jump Stars Key?

With GameGator, you are able to compare 9 deals across verified and trusted stores to find the cheapest Jump Stars Key for a fair price. All stores currently listed have to undergo very specific testing to ensure that customer support, game deliveries, and the game keys themselves are of the highest quality. To sweeten the deal, we offer you specific discount codes, which you will not be able to find anywhere else. This allows us to beat all competitor prices and provide you with the cheapest, most trustworthy deals. If the current cheapest price of $0.78 for Jump Stars is too high, create a price alert and we will alert you through email, SMS, or discord the moment the Jump Stars price matches your budget.

Can I play Jump Stars immediately after the purchase?

What store should I choose for the best Jump Stars Deal?