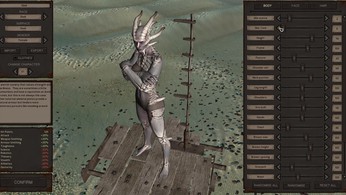 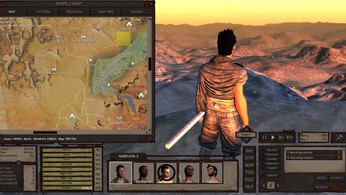 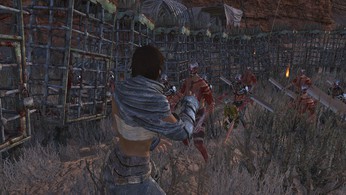 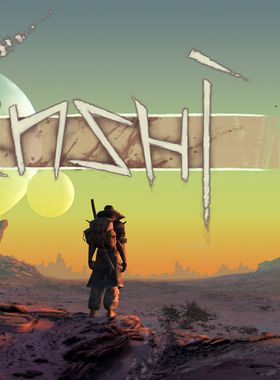 A free-roaming squad based RPG focusing on open-ended sandbox gameplay features rather than a linear story. Be a trader, a thief, a rebel, a warlord, an adventurer, a farmer, a slave, or just food for the cannibals.

Research new equipment and craft new gear. Purchase and upgrade your own buildings to use as safe fortified havens when things go bad, or use them to start up a business. Aid or oppose the various factions in the world while striving for the strength and wealth necessary to simply survive in the harsh desert. Train your men up from puny victims to master warriors. Carry your wounded squad mates to safety and get them all home alive. Freeform gameplay in a seamless game world in the largest single-player RPG world since Daggerfall, stretching over 870 square kilometers. The game will never seek to limit you or restrict your personal play style.

Custom design as many characters as you want and build up a whole squad to fight for you. Characters will grow and become stronger with experience, not just in their stats but their appearance too.

Where can I buy a Kenshi Key?

With GameGator, you are able to compare 19 deals across verified and trusted stores to find the cheapest Kenshi Key for a fair price. All stores currently listed have to undergo very specific testing to ensure that customer support, game deliveries, and the game keys themselves are of the highest quality. To sweeten the deal, we offer you specific discount codes, which you will not be able to find anywhere else. This allows us to beat all competitor prices and provide you with the cheapest, most trustworthy deals. If the current cheapest price of $8.33 for Kenshi is too high, create a price alert and we will alert you through email, SMS, or discord the moment the Kenshi price matches your budget.

Can I play Kenshi immediately after the purchase?

What store should I choose for the best Kenshi Deal?