King under the Mountain 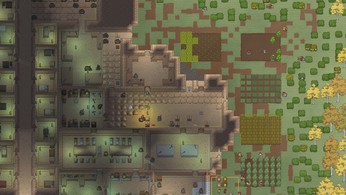 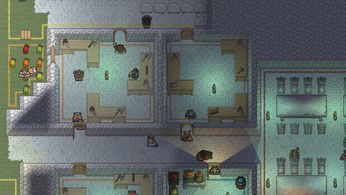 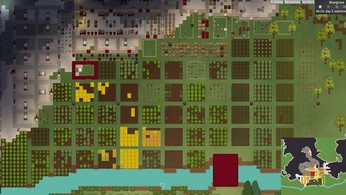 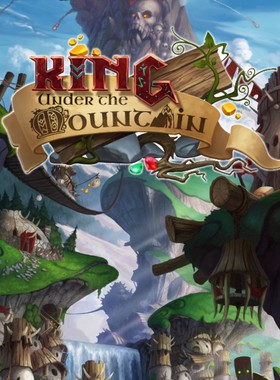 King under the Mountain

About King under the Mountain

King under the Mountain is a simulation-based settlement-building strategy game set in a fantasy world. The game is based around these central pillars:

A simulated world – The game world is built on a series of interlocking systems which combine together to simulate a living, breathing world. As night changes to day, trees and plants will grow (or not) based on sunlight and rainfall. The local environment and changing seasons have effects on the native flora and fauna. Your settlers and other characters have their own personal social and physical needs that you'll have to fulfil to keep them happy (or at least stop them from breaking and going insane!)

Procedural generation – Every map is randomly generated from an initial seed (a large number) so that no two maps will ever be the same – unless you choose to use the same seed! The art assets for the game have been created in such a way that they can be drawn by the game engine for near limitless variation in colour – so every tree, plant and character will have their own unique combination of colours and appearance.

Peaceful expansion – It's an important design goal that it's possible to play the entire game without getting into armed conflict with other factions (if you choose to). Although weapons and combat can be significant parts of gameplay, we wanted to make sure you can peacefully build up a fully-functioning town to have the satisfaction of sitting back and watching your settlers go about their business in an "art farm" style of play.

Multiple ways to play – As well as different ways to build and grow your settlement (do you focus on mining? farming? crafting? buying and selling goods?), in King under the Mountain you can play as several different races and factions each with their own unique gameplay elements. You could build a dwarven fortress dug deep into the side of a mountain, a town of humans at an important river crossing, or a tribe of orcs hunting and raiding others. More than just different races to play as, we want to introduce completely new play styles as unusual factions – perhaps a lone wizard building their secret lair with golems they have constructed, an evil necromancer raising an army of the dead, a dragon amassing a hoard of gold in a giant cave system, or even an invasion of demons attacking the material world. Note that in the current version, only Dwarves are playable.

Where can I buy a King under the Mountain Key?

With GameGator, you are able to compare deals across verified and trusted stores to find the cheapest King under the Mountain Key for a fair price. All stores currently listed have to undergo very specific testing to ensure that customer support, game deliveries, and the game keys themselves are of the highest quality. To sweeten the deal, we offer you specific discount codes, which you will not be able to find anywhere else. This allows us to beat all competitor prices and provide you with the cheapest, most trustworthy deals. If the current cheapest price of $24.99 for King under the Mountain is too high, create a price alert and we will alert you through email, SMS, or discord the moment the King under the Mountain price matches your budget.

Can I play King under the Mountain immediately after the purchase?

What store should I choose for the best King under the Mountain Deal?