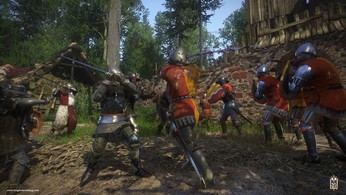 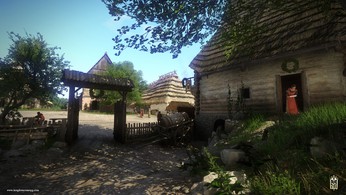 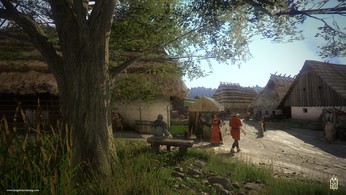 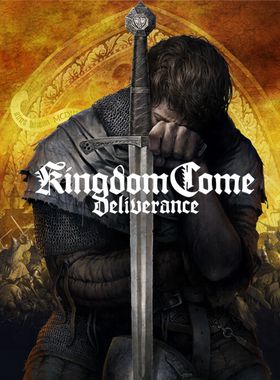 Bohemia - located in the heart of Europe, the region is rich in culture, silver, and sprawling castles. The death of its beloved ruler, Emperor Charles IV, has plunged the kingdom into dark times: war, corruption, and discord are tearing this jewel of the Holy Roman Empire apart.

One of Charles' sons, Wenceslas, has inherited the crown. Unlike his father, Wenceslas is a naive, self-indulgent, unambitious monarch. His half-brother and King of Hungary, Sigismund the Red Fox, senses weakness in Wenceslas. Feigning good will, Sigismund travels to Bohemia and kidnaps his half-brother. With no king on the throne, Sigismund is now free to plunder Bohemia and seize its riches.

In the midst of this chaos, you're Henry, the son of a blacksmith. Your peaceful life is shattered when a mercenary raid, ordered by King Sigismund himself, burns your village to the ground. By bittersweet fortune, you are one of the few survivors of this massacre.

Without a home, family, or future you end up in the service of Lord Radzig Kobyla, who is forming a resistance against the invasion. Fate drags you into this bloody conflict and shoves you into a raging civil war, where you help fight for the future of Bohemia.

Redeem your past and emerge a hero!

Where can I buy a Kingdom Come: Deliverance Key?

With GameGator, you are able to compare 63 deals across verified and trusted stores to find the cheapest Kingdom Come: Deliverance Key for a fair price. All stores currently listed have to undergo very specific testing to ensure that customer support, game deliveries, and the game keys themselves are of the highest quality. To sweeten the deal, we offer you specific discount codes, which you will not be able to find anywhere else. This allows us to beat all competitor prices and provide you with the cheapest, most trustworthy deals. If the current cheapest price of $7.30 for Kingdom Come: Deliverance is too high, create a price alert and we will alert you through email, SMS, or discord the moment the Kingdom Come: Deliverance price matches your budget.

Can I play Kingdom Come: Deliverance immediately after the purchase?

What store should I choose for the best Kingdom Come: Deliverance Deal?

There are many details that you might want to go through before settling on the deal of your choosing. If you are looking for a special Edition, such as includes Bonus or Royal Edition, you can select these in our menu. When it comes to the actual stores, we made sure that you will never get overcharged/neglected. As we care about your satisfaction, we like to ensure that all deals are legitimate, reliable, and foolproof. On top of that, we make sure all stores affiliated with us have proper refund processes and guarantees and are backed by a competent team to ensure that absolutely nothing will go wrong.