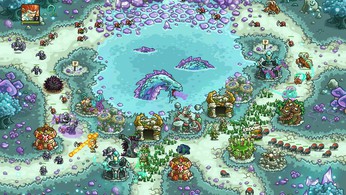 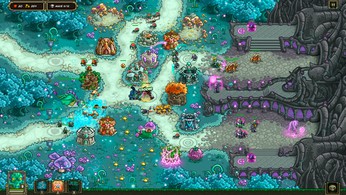 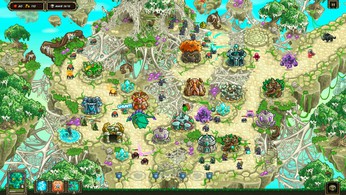 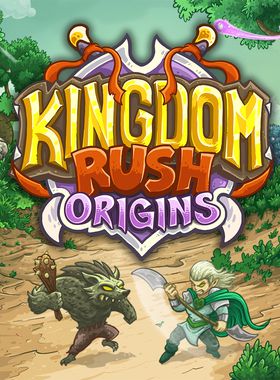 The most addicting tower defense game returns in an all-new prequel adventure - welcome to Kingdom Rush Origins! Kingdom Rush Origins is the third installment of the award-winning Kingdom Rush saga, loved by millions and earning accolades from gamers and critics around the globe. Take a trip back to the beginning, before Vez'nan ever thought to threaten the kingdom with the gem of power, and experience even more of the lightning-fast, exceptionally captivating gameplay that made the franchise a cornerstone of essential tower defense games. In this exciting prequel, command your elven army and defend mystical lands from sea serpents, evil sorcerers, and wave after wave of gnoll tribesmen, all with the help of brand-spankin' new towers, heroes, and spells to fend off every last baddie.

Kingdom Rush Origins packs in a treasure trove of new content and features while keeping the signature look that millions have come to love.

Watch out! A powerful ogre army is preparing a strategy to invade and destroy everything!

Malicia's last and most loyal lieutenant has gone mad and is plotting revenge. Lead the Elven forces and stop the plans of Baj'Nimen the Hateful before he destroys everything in its path!

Where can I buy a Kingdom Rush Origins - Tower Defense Key?

With GameGator, you are able to compare 2 deals across verified and trusted stores to find the cheapest Kingdom Rush Origins - Tower Defense Key for a fair price. All stores currently listed have to undergo very specific testing to ensure that customer support, game deliveries, and the game keys themselves are of the highest quality. To sweeten the deal, we offer you specific discount codes, which you will not be able to find anywhere else. This allows us to beat all competitor prices and provide you with the cheapest, most trustworthy deals. If the current cheapest price of $10.61 for Kingdom Rush Origins - Tower Defense is too high, create a price alert and we will alert you through email, SMS, or discord the moment the Kingdom Rush Origins - Tower Defense price matches your budget.

Can I play Kingdom Rush Origins - Tower Defense immediately after the purchase?

What store should I choose for the best Kingdom Rush Origins - Tower Defense Deal?