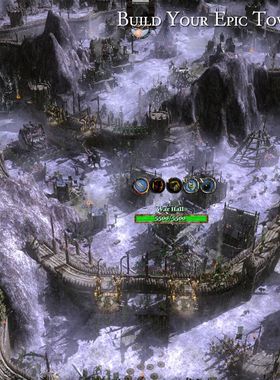 Kingdom Wars 2: Battles brings a fresh perspective on the fantasy real-time Strategy genre, combining the best of Zombie survival and long term crafting with complex fast-paced city-building and skirmish siege combat. All in a beautifully, yet gory game world where players fight across the epic battlefields in multiplayer skirmish and coop with thousands of other players. And with an episodic singleplayer campaign bringing epic storytelling, with countless battles and adventures. New Episodes will be released as a free expansion pack, every few months.

Where can I buy a Kingdom Wars 2: Battles Key?

With GameGator, you are able to compare 4 deals across verified and trusted stores to find the cheapest Kingdom Wars 2: Battles Key for a fair price. All stores currently listed have to undergo very specific testing to ensure that customer support, game deliveries, and the game keys themselves are of the highest quality. To sweeten the deal, we offer you specific discount codes, which you will not be able to find anywhere else. This allows us to beat all competitor prices and provide you with the cheapest, most trustworthy deals. If the current cheapest price of $3.17 for Kingdom Wars 2: Battles is too high, create a price alert and we will alert you through email, SMS, or discord the moment the Kingdom Wars 2: Battles price matches your budget.

Can I play Kingdom Wars 2: Battles immediately after the purchase?

What store should I choose for the best Kingdom Wars 2: Battles Deal?