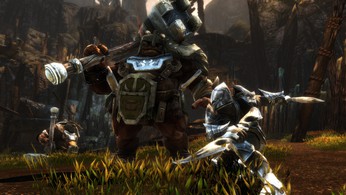 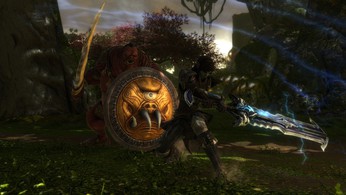 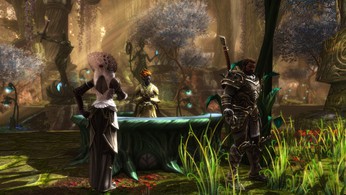 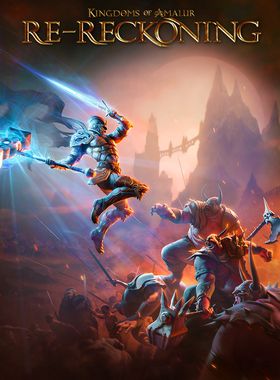 The hit RPG returns! From the minds of the bestselling author R.A. Salvatore, Spawn creator Todd McFarlane, and Elder Scrolls IV: Oblivion lead designer Ken Rolston, comes Kingdoms of Amalur: Re-Reckoning. Remastered with stunning visuals and refined gameplay Re-Reckoning delivers intense, customizable RPG combat inside a sprawling game world. Uncover the secrets of Amalur, from the vibrant city of Rathir to the vast region of Dalentarth to the grim dungeons of the Brigand Hall Caverns. Rescue a world torn apart by a vicious war and control the keys to immortality as the first warrior ever to be resurrected from the grips of death. Build the ideal character for the most intense combat, choosing from a countless combinations of skills, abilities, weapons and pieces of armor. The revolutionary Destiny system allows you to continuously evolve your character class to your style of play.

Seamlessly integrate magical and melee attacks as you take on scores of enemies in grand fight sequences and finish them off with brutal Fateshift kills. Extend your experience in Amalur with all DLC from the original release, from Teeth of Naros to Legend of Dead Kel and more! Hundreds of hours of RPG play await! Travel from the vibrant city of Rathir, to the vast region of Dalentarth, and the grim dungeons of the Brigand Hall Caverns as you uncover the secrets of Amalur! Explore deep levels of lore in a universe steeped in 10,000 years of fiction created by New York Times bestselling author R.A. Salvatore. Rescue a world torn apart by a vicious war and control the keys to immortality as the first warrior ever to be resurrected from the grips of death. Enjoy countless side quests rich in political intrigue, romance, sinister magic, and even whimsy - all central to the primary mission.

Where can I buy a Kingdoms of Amalur: Re-Reckoning Fate Edition Key?

With GameGator, you are able to compare 24 deals across verified and trusted stores to find the cheapest Kingdoms of Amalur: Re-Reckoning Key for a fair price. All stores currently listed have to undergo very specific testing to ensure that customer support, game deliveries, and the game keys themselves are of the highest quality. To sweeten the deal, we offer you specific discount codes, which you will not be able to find anywhere else. This allows us to beat all competitor prices and provide you with the cheapest, most trustworthy deals. If the current cheapest price of $4.16 for Kingdoms of Amalur: Re-Reckoning is too high, create a price alert and we will alert you through email, SMS, or discord the moment the Kingdoms of Amalur: Re-Reckoning price matches your budget.

Can I play Kingdoms of Amalur: Re-Reckoning Fate Edition immediately after the purchase?

What store should I choose for the best Kingdoms of Amalur: Re-Reckoning Fate Edition Deal?

There are many details that you might want to go through before settling on the deal of your choosing. If you are looking for a special Edition, such as Fate Edition, you can select these in our menu. When it comes to the actual stores, we made sure that you will never get overcharged/neglected. As we care about your satisfaction, we like to ensure that all deals are legitimate, reliable, and foolproof. On top of that, we make sure all stores affiliated with us have proper refund processes and guarantees and are backed by a competent team to ensure that absolutely nothing will go wrong.