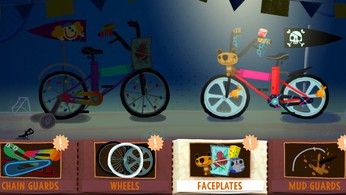 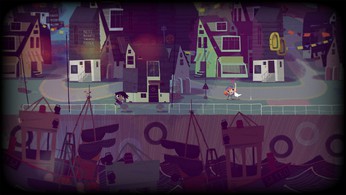 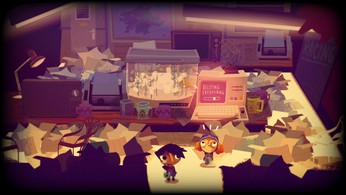 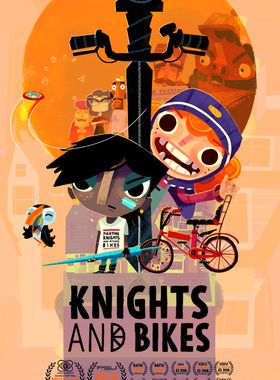 About Knights And Bikes

Saddle up for a bike-riding, friendship-building, frisbee-throwing, goose-petting, high-fiving, treasure-hunting adventure for 1 or 2 players! You'll play as Nessa & Demelza as they explore an ancient island with their pet goose Captain Honkers, riding and upgrading their bikes on a quest for treasure, adventure, and an end to childhood boredom!

As the story unfolds they'll face hazards, puzzles, and the gathering forces of an ancient curse with their growing collection of frisbees, water-balloons, toilet-plungers, and a boom-box loud enough to wake the undead. Together our heroines will laugh, learn, and cry - but will the power of their friendship and imagination be enough to actually save the island AND each other? Solve puzzles and deal with enemies using your improvised abilities! These include: frisbees, water-balloons, puddle-stomping welly boots, and a powerful boom-box stereo.

Both characters have different skills so you'll want to experiment with how they combine in order to succeed. Seek out its modern tourist-attractions and ancient ruins, both on foot and on your customised bikes. Ranging from trinkets like broken action-figures and animal skulls, to the legendary riches rumoured to be hidden on the island. Barter with adults (offload your junk) so you can personalise your bikes, unlock extra abilities or at the very least: get those training-wheels removed!

Where can I buy a Knights And Bikes Key?

With GameGator, you are able to compare deals across verified and trusted stores to find the cheapest Knights And Bikes Key for a fair price. All stores currently listed have to undergo very specific testing to ensure that customer support, game deliveries, and the game keys themselves are of the highest quality. To sweeten the deal, we offer you specific discount codes, which you will not be able to find anywhere else. This allows us to beat all competitor prices and provide you with the cheapest, most trustworthy deals. If the current cheapest price of $16.92 for Knights And Bikes is too high, create a price alert and we will alert you through email, SMS, or discord the moment the Knights And Bikes price matches your budget.

Can I play Knights And Bikes immediately after the purchase?

What store should I choose for the best Knights And Bikes Deal?