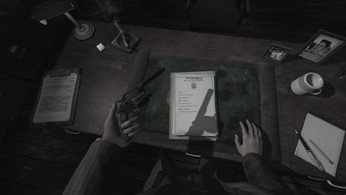 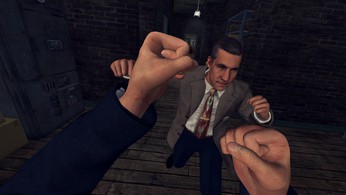 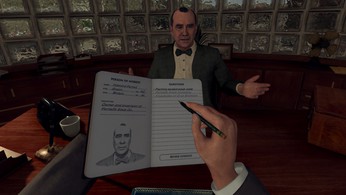 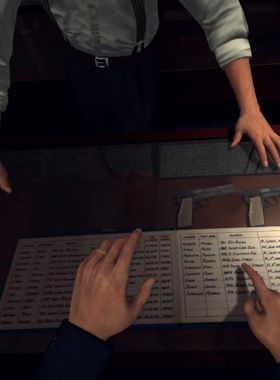 A dark and violent crime thriller set against the backdrop of 1940's Los Angeles, now in stunning virtual reality.

L.A. Noire: The VR Case Files for HTC VIVE places you directly in the shoes of Detective Cole Phelps as you solve brutal crimes, plots and conspiracies inspired by real cases from 1947 Los Angeles, one of the most corrupt and violent times in L.A. history.

Search for clues by grabbing, inspecting and manipulating objects

Get behind the wheel and drive to your next crime scene

Engage in chases, fistfights and shootouts as you track down suspects

Where can I buy a L.A. Noire: The VR Case Files Key?

With GameGator, you are able to compare 14 deals across verified and trusted stores to find the cheapest L.A. Noire: The VR Case Files Key for a fair price. All stores currently listed have to undergo very specific testing to ensure that customer support, game deliveries, and the game keys themselves are of the highest quality. To sweeten the deal, we offer you specific discount codes, which you will not be able to find anywhere else. This allows us to beat all competitor prices and provide you with the cheapest, most trustworthy deals. If the current cheapest price of $13.20 for L.A. Noire: The VR Case Files is too high, create a price alert and we will alert you through email, SMS, or discord the moment the L.A. Noire: The VR Case Files price matches your budget.

Can I play L.A. Noire: The VR Case Files immediately after the purchase?

What store should I choose for the best L.A. Noire: The VR Case Files Deal?