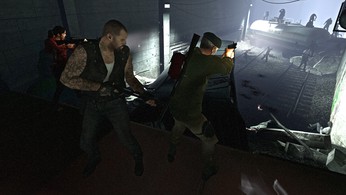 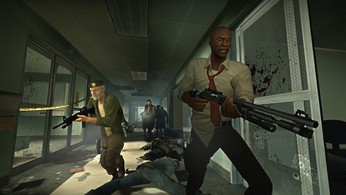 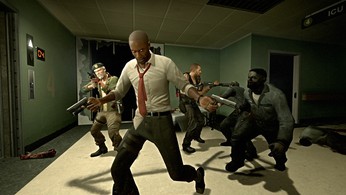 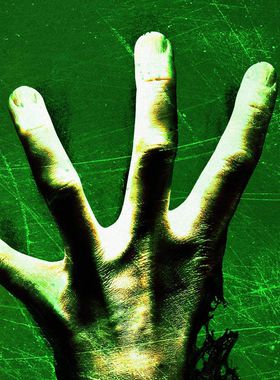 About Left 4 Dead Game of the Year Edition

If you don't like movies like "28 Days Later", "Dawn of the Dead" or "Braindead" you should also leave "Left 4 Dead" alone. Because nothing else than these movies is what this game is about: An incurable epidemic has infected almost everyone and turned them into brainless zombies, who now have nothing else in mind but to hunt down possible survivors. And as a player, you are, of course, precisely one of those not yet infected. To keep it that way, you have to fight off the horde of zombies. Fortunately, you are not alone in this but are always accompanied by three other survivors. These can be controlled by other human players; if there is no one who wants to play along, the computer takes control. So you are never alone on the road. In "Left 4 Dead", four different campaigns can be played. The goal always remains the same: The group of survivors must make their way through depopulated areas to an evacuation point; if they succeed, the game is won, and the credits appear. On the way to this rescue, however, hundreds, even thousands of zombies must be eliminated, who are out to kill the players. Ordinary infected people are the least of the problems; they are simply mindless creatures who blindly attack the survivors. It only becomes a problem when they appear in large groups or when some of the individual mutants appear: For example, there is the so-called "Smoker", a zombie that can tie up a survivor with its long tongue and then pull him in to finish him off in close combat. If a player is tied up, he cannot free himself by his own power. The same applies when a survivor is jumped by a "Hunter"; here, too, independent liberation is impossible. So it quickly becomes apparent that "Left 4 Dead" is a cooperative shooter; if you don't take care of your comrades or try to get through on your own, you won't get far. This is especially impressive when one of the two most prominent zombie types shows up: Both the "Witch" and the "Tank" can only be defeated by the concentrated firepower of the whole group, a lone fighter doesn't stand a chance here. Talking about firepower: "Left 4 Dead" equips its players with a quite clear arsenal of firearms. This includes pistols, submachine guns, assault rifles, shotguns, and hunting rifles with telescopic sights. In addition, there are one or two Molotov cocktails and pipe bombs. Of particular importance are the first aid kits and various doses of painkillers, which can be found again and again. With these, you can spice up your ailing state of health; but what is especially interesting is that you can always give your own medical aids to others and use them to treat them. For example, if you can save a colleague's life with your own first aid kit, you can do without it - you will definitely need it again as support in the next fight. Also, here the cooperative idea of the game is consistently pursued further.

Where can I buy a Left 4 Dead Game of the Year Edition Key?

With GameGator, you are able to compare deals across verified and trusted stores to find the cheapest Left 4 Dead Key for a fair price. All stores currently listed have to undergo very specific testing to ensure that customer support, game deliveries, and the game keys themselves are of the highest quality. To sweeten the deal, we offer you specific discount codes, which you will not be able to find anywhere else. This allows us to beat all competitor prices and provide you with the cheapest, most trustworthy deals. If the current cheapest price of $10.11 for Left 4 Dead is too high, create a price alert and we will alert you through email, SMS, or discord the moment the Left 4 Dead price matches your budget.

Can I play Left 4 Dead Game of the Year Edition immediately after the purchase?

What store should I choose for the best Left 4 Dead Game of the Year Edition Deal?