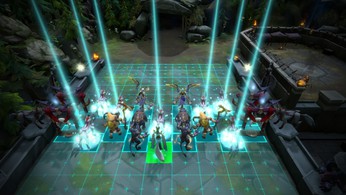 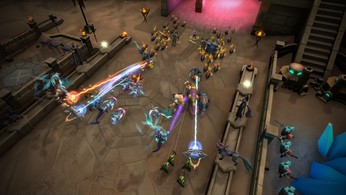 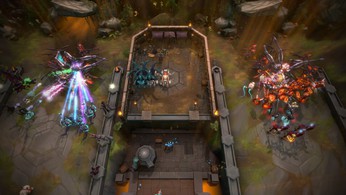 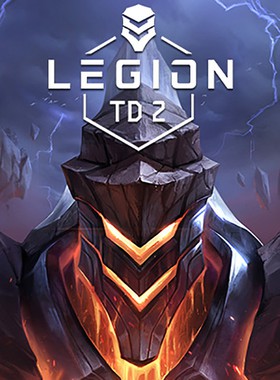 Endless waves of enemies threaten your king. Assemble your army from over 100 unique fighters, each with its own strengths and abilities. Empower your defenses with auras and spells, and change the tides of battle by unleashing powerful mercenary attacks. How many waves can you last before your defenses collapse and your king falls? Outwit and break your opponents before they break you.

Build defensively to hold the line against swarms of enemies, play offensively to smash through your opponents' fighters, or prioritize economy to scale into the late game and become an unbreakable juggernaut. Every game requires adaptation, but play to your strengths to achieve victory. Choose from 8 unique legions and over 100 fighters. Select fighters from each legion for 12 million possible combinations. Some fighters secure you strategic advantages in the early game. Others facilitate powerful late game synergies.

Legion TD 2 is the sequel to the 2nd most popular Warcraft 3 mod of all time, Legion TD. Also known as Squadron TD in Starcraft 2. The top 5 most played Warcraft 3 mods are DotA, Legion TD, Wintermaul, Footmen Frenzy, and Life of a Peasant. Legion TD is proud to hold the silver medal. Legion TD 2 is made by a team of 4 friends: Lisk, Jules, Curing, and Dani. Lisk and Jules have been best friends for over 25 years and have been playing and designing games together since they were kids. Lisk is the original creator of the Warcraft 3 mod Legion TD.

Where can I buy a Legion TD 2 - Multiplayer Tower Defense Key?

With GameGator, you are able to compare 2 deals across verified and trusted stores to find the cheapest Legion TD 2 - Multiplayer Tower Defense Key for a fair price. All stores currently listed have to undergo very specific testing to ensure that customer support, game deliveries, and the game keys themselves are of the highest quality. To sweeten the deal, we offer you specific discount codes, which you will not be able to find anywhere else. This allows us to beat all competitor prices and provide you with the cheapest, most trustworthy deals. If the current cheapest price of $2.85 for Legion TD 2 - Multiplayer Tower Defense is too high, create a price alert and we will alert you through email, SMS, or discord the moment the Legion TD 2 - Multiplayer Tower Defense price matches your budget.

Can I play Legion TD 2 - Multiplayer Tower Defense immediately after the purchase?

What store should I choose for the best Legion TD 2 - Multiplayer Tower Defense Deal?