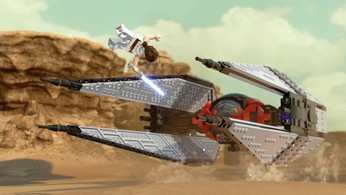 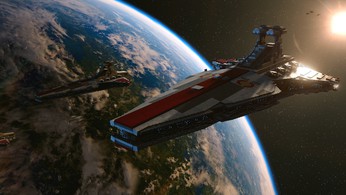 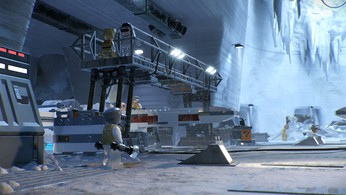 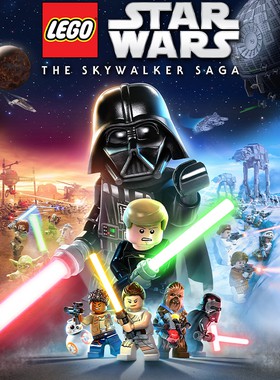 The galaxy is yours in LEGO Star Wars: The Skywalker Saga. Experience memorable moments and nonstop action from all nine Skywalker saga films reimagined with signature LEGO humor.

● Explore the Trilogies in Any Order – Players will relive the epic story of all nine films in the Skywalker Saga, and it all starts with picking the trilogy of their choice to begin the journey.

● Play as Iconic Heroes and Villains –More than 300 playable characters from throughout the galaxy.

● Discover Legendary Locales – Players can visit well known locales from their favorite Skywalker saga films . They can unlock and have the freedom to seamlessly travel to 23 planets as they play through the saga or explore and discover exciting quests.

● Command Powerful Vehicles – More than 100 vehicles from across the galaxy to command. Join dogfights and defeat capital ships like the Super Star Destroyer that can be boarded and explored.

● Immersive Player Experiences – String attacks together to form combo chains and fend off oncoming attacks. New blaster controls and mechanics allow players to aim with precision, or utilize the skills of a Jedi by wielding a lightsaber and using the power of The Force.

Where can I buy a LEGO Star Wars: The Skywalker Saga Deluxe Edition Key?

With GameGator, you are able to compare 27 deals across verified and trusted stores to find the cheapest LEGO Star Wars: The Skywalker Saga Key for a fair price. All stores currently listed have to undergo very specific testing to ensure that customer support, game deliveries, and the game keys themselves are of the highest quality. To sweeten the deal, we offer you specific discount codes, which you will not be able to find anywhere else. This allows us to beat all competitor prices and provide you with the cheapest, most trustworthy deals. If the current cheapest price of $24.88 for LEGO Star Wars: The Skywalker Saga is too high, create a price alert and we will alert you through email, SMS, or discord the moment the LEGO Star Wars: The Skywalker Saga price matches your budget.

Can I play LEGO Star Wars: The Skywalker Saga Deluxe Edition immediately after the purchase?

What store should I choose for the best LEGO Star Wars: The Skywalker Saga Deluxe Edition Deal?