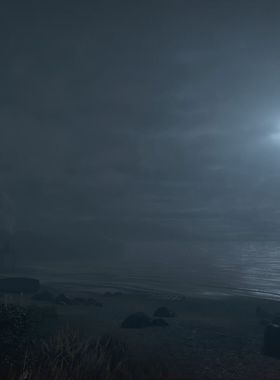 Lethe is a first person adventure with survival horror elements. Explore an atmospheric and frightening world and uncover the dark secrets of your origins.

Each Episode is considered to be a stand-alone experience. Any future Episodes will expand upon Lethes lore and backstory, but not necessarily the same protagonists story.

Crushed under the debts of his recently deceased step-father, Robert Dawn, a journalist with an unremarkable career, decides to hunt down his origins. Everything points to a quiet mining settlement. Shortly after his arrival, Robert comes into contact with an unknown substance and develops psychokinetic abilities that feed on his life energy. As tension rises, he is faced with another, even darker threat, quickly turning the trip into a terrifying battle for survival.

Where can I buy a Lethe Episode 1 Key?

With GameGator, you are able to compare 7 deals across verified and trusted stores to find the cheapest Lethe Key for a fair price. All stores currently listed have to undergo very specific testing to ensure that customer support, game deliveries, and the game keys themselves are of the highest quality. To sweeten the deal, we offer you specific discount codes, which you will not be able to find anywhere else. This allows us to beat all competitor prices and provide you with the cheapest, most trustworthy deals. If the current cheapest price of $0.58 for Lethe is too high, create a price alert and we will alert you through email, SMS, or discord the moment the Lethe price matches your budget.

Can I play Lethe Episode 1 immediately after the purchase?

What store should I choose for the best Lethe Episode 1 Deal?