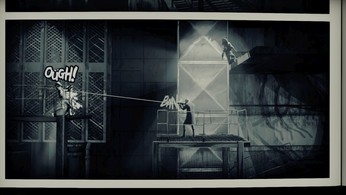 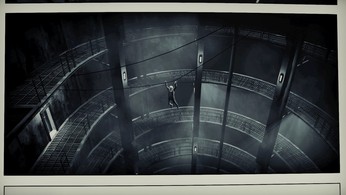 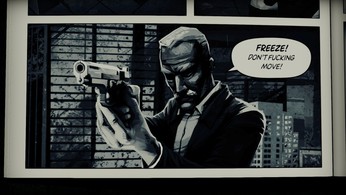 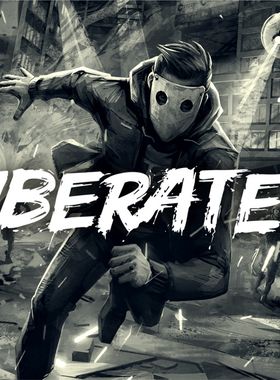 Jump into a playable comic book. Hear the turning pages rustle. Sense the smell of printing ink on a shiny paper. And then literally... GO INSIDE! Immerse yourself into a dark, rain-soaked city and take control over the characters. Just watch out not to papercut your fingers! Unravel a cyberpunk story rooted in pop culture, paying homage to tv shows like Black Mirror or Mr. Robot and 90's cult movies such as Matrix and Fight Club. Uncover a dystopian near-future, where human rights are dying away and governments together with evil corporations trace your every move and shape the way you think.

Jump, sneak, solve puzzles, shoot and kill. Liberated is an action-adventure side scroller combined with playable graphic novel. The comic book scenes are intertwined with purely arcade stages where the ultimate rule of thumb says: if it doesn't kill you… it gets killed. Witness a gorgeously hand-drawn visual tour de force reminiscent of Frank Miller's and Will Eisner's graphic novels, drawing aesthetic influences from the classic 40's and 50's noir movies. Let the interplay of light & shadow dazzle you and leave you breathless.

Where can I buy a Liberated Key?

With GameGator, you are able to compare 20 deals across verified and trusted stores to find the cheapest Liberated Key for a fair price. All stores currently listed have to undergo very specific testing to ensure that customer support, game deliveries, and the game keys themselves are of the highest quality. To sweeten the deal, we offer you specific discount codes, which you will not be able to find anywhere else. This allows us to beat all competitor prices and provide you with the cheapest, most trustworthy deals. If the current cheapest price of $0.39 for Liberated is too high, create a price alert and we will alert you through email, SMS, or discord the moment the Liberated price matches your budget.

Can I play Liberated immediately after the purchase?

What store should I choose for the best Liberated Deal?