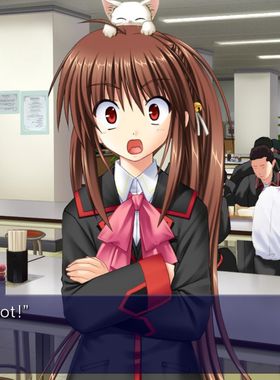 Riki Naoe lost his parents as a child, and fell deep into despair.

He was saved by a group of kids who called themselves the Little Busters: Kyousuke Natsume, Masato Inohara, Kengo Miyazawa, and Rin Natsume.

They took him and played at being heroes who fought tireless evil around them.

Riki discovered endless joy in spending time with his new friends, even though the group was silly and their missions tended to end in failure.

Over time, it washed away his loneliness and suffering.

Years later, the whole gang was attending the same school, and Riki became a second-year.

They were still as silly as ever and spent their youth following Kyousukes silly ideas.

Where can I buy a Little Busters! Key?

With GameGator, you are able to compare deals across verified and trusted stores to find the cheapest Little Busters! Key for a fair price. All stores currently listed have to undergo very specific testing to ensure that customer support, game deliveries, and the game keys themselves are of the highest quality. To sweeten the deal, we offer you specific discount codes, which you will not be able to find anywhere else. This allows us to beat all competitor prices and provide you with the cheapest, most trustworthy deals. If the current cheapest price for Little Busters! is too high, create a price alert and we will alert you through email, SMS, or discord the moment the Little Busters! price matches your budget.

Can I play Little Busters! immediately after the purchase?

What store should I choose for the best Little Busters! Deal?