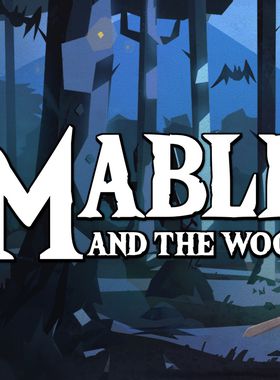 About Mable & The Wood

Mable & The Wood is a Metroidvania where you hunt down massive beasts and, upon destroying them, shapeshift into their forms in order to use their powers to save or destroy the world. Players with less violent intent can find secret paths to complete Mable without killing anything, including bosses.

Unlike most Metroidvanias Mable does not allow you to run, jump and kill on your own. Instead, you must use non-human forms to attack creatures and traverse through difficult challenges. The strange cult that resurrected you speak of an ancient prophecy that says you will hunt down the great beasts, take their shape, and use their powers to save this dying world. But what if they're wrong? The prophecy is old, and words lose their meaning with time...

When the world is falling apart around you, what will you do? In Mable & The Wood, it's up to you to make that choice. You don't have to kill anyone, but you might kill everyone. The way you move is deadly. Dragging a sword that is too heavy to lift, Mable shape-shifts into a fairy and leaves it where she stood. Recall the sword to your hand once again to slice through any enemies in your path.

Where can I buy a Mable & The Wood Key?

With GameGator, you are able to compare 11 deals across 11 verified and trusted stores to find the cheapest Mable & The Wood Key for a fair price. All stores currently listed have to undergo very specific testing to ensure that customer support, game deliveries, and the game keys themselves are of the highest quality. To sweeten the deal, we offer you 3 specific discount codes, which you will not be able to find anywhere else. This allows us to beat all competitor prices and provide you with the cheapest, most trustworthy deals. If the current cheapest price of $1.38 for Mable & The Wood is too high, create a price alert and we will alert you through email, SMS, or discord the moment the Mable & The Wood price matches your budget.

Can I play Mable & The Wood immediately after the purchase?

What store should I choose for the best Mable & The Wood Deal?