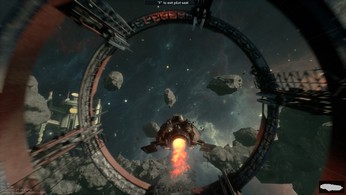 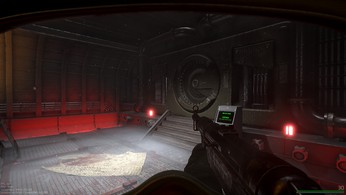 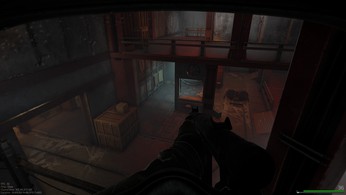 Marauders is a tactical first-person multiplayer shooter set in an alternative 1990s where The Great War never ended, Earth has been industrialised to its breaking point, and many have fled to the stars. As space mercenaries known as 'Marauders', players will gear up and pilot their ships through hostile galactic reaches to salvage anything they can and survive by any means necessary. Throughout each match, players will be able to upgrade their gear on-the-fly as they uncover troves of loot from daring raids on hulking frigates and embark on tense touchdowns on moving asteroids. They'll also have to keep a close watch for others looking to do the same and end their expedition with a bullet.

Gritty diesel-punk world: Discover a brutal dystopia where The Great War never ended and survival is in looting and exploring among the stars

Raid, loot, escape: Plunder a sci-fi battleground and embark on daring raids for troves of valuable loot, then get out alive to claim your spoils and turn a healthy profit

Tactical first-person combat: Work alone or with up to three other players to survive intense combat encounters with realistic bullet simulation against enemy teams and AI opponents

Persistent gear and XP: Keep your best gear match-to-match and tweak your favourite weapons with mods while using XP to unlock new items and increase your chances of survival

Upgradeable spaceships and explosive sci-fi dogfights: Upgrade your ship's armaments; build a brand-new craft with scavenged resources; or take someone else's by force

Where can I buy a Marauders Key?

With GameGator, you are able to compare 20 deals across verified and trusted stores to find the cheapest Marauders Key for a fair price. All stores currently listed have to undergo very specific testing to ensure that customer support, game deliveries, and the game keys themselves are of the highest quality. To sweeten the deal, we offer you specific discount codes, which you will not be able to find anywhere else. This allows us to beat all competitor prices and provide you with the cheapest, most trustworthy deals. If the current cheapest price of $22.47 for Marauders is too high, create a price alert and we will alert you through email, SMS, or discord the moment the Marauders price matches your budget.

Can I play Marauders immediately after the purchase?

What store should I choose for the best Marauders Deal?