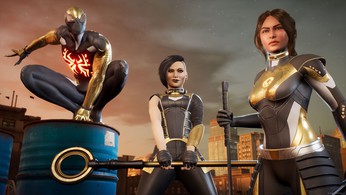 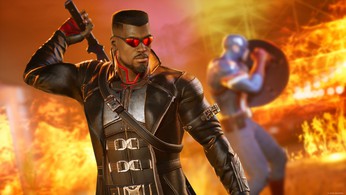 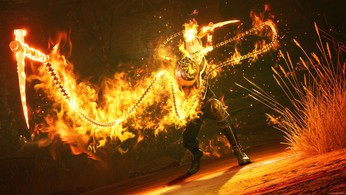 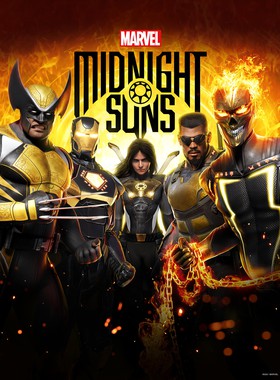 Marvel's Midnight Suns is a new tactical RPG set in the darker side of the Marvel Universe, putting you face-to-face against demonic forces of the underworld as you team up with and live among the Midnight Suns, Earth's last line of defense.

After centuries of sleep, Lilith, Mother of Demons, has been revived by Hydra through a twist of dark magic and science. Lilith stops at nothing to complete an ancient prophecy and bring back her evil master, Chthon. Pushed to the brink, the Avengers desperately look to fight fire with hellfire and enlist the help of the Midnight Suns - Nico Minoru, Blade, Magik and Ghost Rider - young heroes with powers deeply rooted in the supernatural, formed to prevent the very prophecy Lilith aims to fulfill. Together, they resurrect an ancient warrior - the Hunter, Lilith's forsaken child and the only hero known to have ever defeated her. In the face of fallen allies and the fate of the world at stake, it will be up to you to rise up against the darkness!

From the legendary studio that changed strategy and tactics games forever comes a new title, offering cinematic tactical combat with a Super Hero flair, friendships to forge with iconic heroes, and an unforgettable adventure that dives deep into the darker side of Marvel.

Become the Hunter, the first customizable original hero in the Marvel Universe. Lead a legendary collection of heroes that span across The Avengers, X-Men, Runaways, and more as you customize your team, tailor your selection of abilities to suit your playstyle, and unlock iconic outfits that will delight any Marvel fan.

Where can I buy a Marvel's Midnight Suns Key?

With GameGator, you are able to compare 77 deals across verified and trusted stores to find the cheapest Marvel's Midnight Suns Key for a fair price. All stores currently listed have to undergo very specific testing to ensure that customer support, game deliveries, and the game keys themselves are of the highest quality. To sweeten the deal, we offer you specific discount codes, which you will not be able to find anywhere else. This allows us to beat all competitor prices and provide you with the cheapest, most trustworthy deals. If the current cheapest price of $28.48 for Marvel's Midnight Suns is too high, create a price alert and we will alert you through email, SMS, or discord the moment the Marvel's Midnight Suns price matches your budget.

Can I play Marvel's Midnight Suns immediately after the purchase?

What store should I choose for the best Marvel's Midnight Suns Deal?

There are many details that you might want to go through before settling on the deal of your choosing. If you are looking for a special Edition, such as Digital Edition or Legendary Edition, you can select these in our menu. When it comes to the actual stores, we made sure that you will never get overcharged/neglected. As we care about your satisfaction, we like to ensure that all deals are legitimate, reliable, and foolproof. On top of that, we make sure all stores affiliated with us have proper refund processes and guarantees and are backed by a competent team to ensure that absolutely nothing will go wrong.