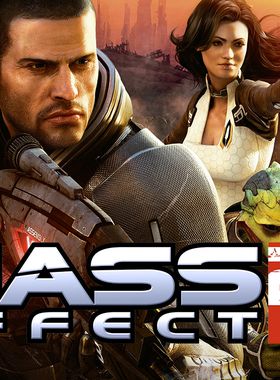 A good three years after the first part, the long-awaited sequel to the sci-fi role-playing epic Mass Effect 2 was released in January of this year. The player takes on the role of Commander Shepherd one more time and experiences a nasty surprise right at the beginning of the game: The Alliance ship Normandy, which is under Shepherd's command, is attacked by an unknown spaceship and has no chance to defend itself. While trying to evacuate the last crew members on board, Shepherd is hurled into space and dies. Two years later, Shepherd is resurrected on a space station. Here the real action of the second part begins. A mysterious organization called Cerberus is behind the costly restoration of the Commander. Cerberus is led by the so-called 'Unknown', from whom the player gets his orders from now on. What Cerberus and the unknown are all about leaves the game unclear at the beginning. The player only learns that the collectors, a species about which little is known, are responsible for the abduction of people from different colonies. Shepherd has to avert this danger for humanity and the universe again. For this purpose, Cerberus also donates us a new spaceship, the Normandy 2. First of all, Shepherd has to put together a team: 11 more crew members can be recruited besides Miranda and Jacob, who we already have in the crew from the beginning. However, before the various specialists can join the Commander, the player must complete specific missions: The bio-analyst Jack has to be freed from a prison ward. In contrast, others usually demand something in return for joining. While recruiting the crew, the player learns more and more about Cerberus, the Unknown, and the Collectors. Relationships with the crew members can also be deepened in conversations. As in the first part, the course of the conversations influences the relationship between crew and commander.

Where can I buy a Mass Effect 2 Key?

With GameGator, you are able to compare 37 deals across verified and trusted stores to find the cheapest Mass Effect 2 Key for a fair price. All stores currently listed have to undergo very specific testing to ensure that customer support, game deliveries, and the game keys themselves are of the highest quality. To sweeten the deal, we offer you specific discount codes, which you will not be able to find anywhere else. This allows us to beat all competitor prices and provide you with the cheapest, most trustworthy deals. If the current cheapest price of $1.10 for Mass Effect 2 is too high, create a price alert and we will alert you through email, SMS, or discord the moment the Mass Effect 2 price matches your budget.

Can I play Mass Effect 2 immediately after the purchase?

What store should I choose for the best Mass Effect 2 Deal?