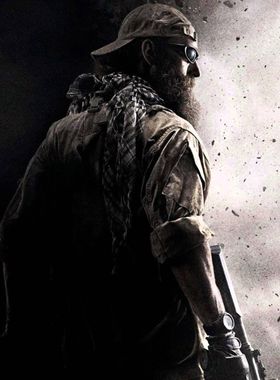 About Medal of Honor

"Medal of Honor" is not the name of a single game, but that of an entire video game series. This series had its premiere in 1999 with a title of the same name and was continued in the following time again and again by new parts. The games have always been set in the Second World War; at various historic locations, the Allies fought against the Nazis. The latest part of the series now leaps into modern times and places the scene of the action in Afghanistan - and thus in a current conflict. The player slips into the role of various soldiers who go to war against the Taliban in the Hindu Kush. Even before the game was released, this fact caused quite a stir, as the transformation of a current war into a video game seems quite cynical. This scenario was also sharply criticized by the German Armed Forces. However, one may also ask oneself the question whether such a setting differs so much in its effect from fictitious (as in the parts of the "Call of Duty - Modern Warfare" series, tests for CoD2 / CoD 4) scenarios; the player himself must probably answer this question. Nevertheless, the fact of using a real, not yet finished conflict as a scenario for a computer game is a new development, which certainly still needs to be discussed.

Where can I buy a Medal of Honor Key?

With GameGator, you are able to compare 24 deals across 7 verified and trusted stores to find the cheapest Medal of Honor Key for a fair price. All stores currently listed have to undergo very specific testing to ensure that customer support, game deliveries, and the game keys themselves are of the highest quality. To sweeten the deal, we offer you 5 specific discount codes, which you will not be able to find anywhere else. This allows us to beat all competitor prices and provide you with the cheapest, most trustworthy deals. If the current cheapest price of $3.72 for Medal of Honor is too high, create a price alert and we will alert you through email, SMS, or discord the moment the Medal of Honor price matches your budget.

Can I play Medal of Honor immediately after the purchase?

What store should I choose for the best Medal of Honor Deal?