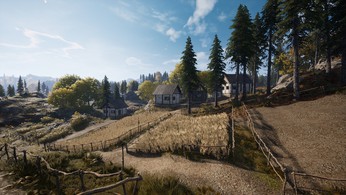 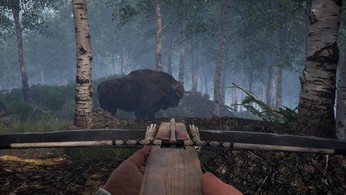 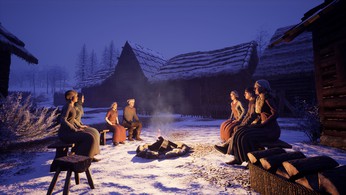 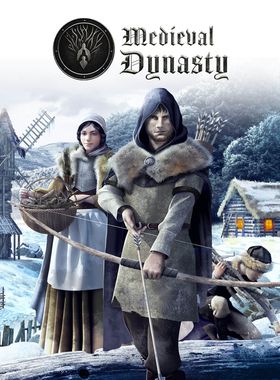 Europe in the early Middle Ages -- Nobles and clergy rule and the trade between nations brings prosperity as well as envy, distrust, and greed. Military conflict is everywhere and entire continents are changing.

In Medieval Dynasty, you take on the role of a young man who has fled from war and wants to take his fate into his own hands. From being alone, inexperienced and poor you will develop into a master of many skills, a leader of your community and the founder of a prosperous dynasty which is meant to last and prosper for generations to come. Defending against wild animals while hunting for food, gathering resources and crafting equipment, building a house and erecting a whole bustling village while founding a family all contribute to a unique gameplay experience across many genres. Tough winters and unexpected events challenge your skills and dexterity as you strive to build your own legacy.

You can choose to follow the main chapters, solve the questlines or just roam around and explore the vast medieval world – but be careful as wolves or bears may try to take a bite from you... Begin with the simplest things for your own survival like hunting and farming as well as building yourself a home. Found a family and have a heir - entice others to live near and work for you, erect many other buildings to transform your settlement into a vibrant village and, ultimately, a thriving dynasty that will reign for generations.

Where can I buy a Medieval Dynasty Key?

With GameGator, you are able to compare 32 deals across verified and trusted stores to find the cheapest Medieval Dynasty Key for a fair price. All stores currently listed have to undergo very specific testing to ensure that customer support, game deliveries, and the game keys themselves are of the highest quality. To sweeten the deal, we offer you specific discount codes, which you will not be able to find anywhere else. This allows us to beat all competitor prices and provide you with the cheapest, most trustworthy deals. If the current cheapest price of $6.88 for Medieval Dynasty is too high, create a price alert and we will alert you through email, SMS, or discord the moment the Medieval Dynasty price matches your budget.

Can I play Medieval Dynasty immediately after the purchase?

What store should I choose for the best Medieval Dynasty Deal?