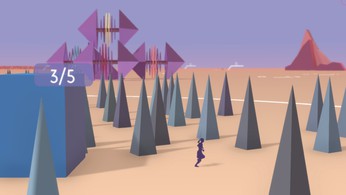 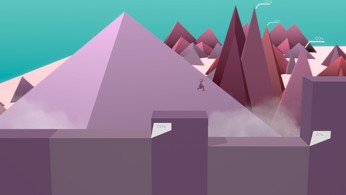 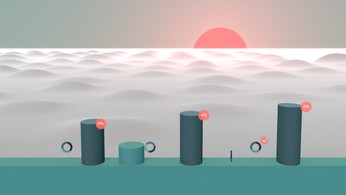 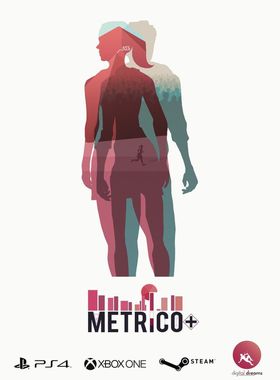 Last year, the infographic world of Metrico was released exclusively for the PlayStation Vita and was part of the PlayStation Plus line-up at its launch. Metrico+ is the remake of Metrico, and will come out on PS4, Xbox One, and PC / Mac / Linux (on Steam) in the first quarter of 2016. Like its predecessor, Metrico+ features unique worlds to explore with distinct challenges, mechanics, looks and sounds; however new worlds and features have been added to replace the worlds reliant on PS Vita exclusive features. Metrico+ centers around infographics. It's an atmospheric puzzle action game with a mindset of its own. The idea was born a few years ago, out of admiration for the beauty of infographics as an art form. It was reinforced by seeing that infographics have become increasingly important in contemporary pop-culture. While they haven't made their way to videogames yet, Digital Dreams feels it's a place where they can work exceptionally well. This is not just because of their pretty aesthetics as much as it is that games are about interaction with data visualization.

Where can I buy a Metrico + Key?

With GameGator, you are able to compare 5 deals across verified and trusted stores to find the cheapest Metrico + Key for a fair price. All stores currently listed have to undergo very specific testing to ensure that customer support, game deliveries, and the game keys themselves are of the highest quality. To sweeten the deal, we offer you specific discount codes, which you will not be able to find anywhere else. This allows us to beat all competitor prices and provide you with the cheapest, most trustworthy deals. If the current cheapest price of $0.50 for Metrico + is too high, create a price alert and we will alert you through email, SMS, or discord the moment the Metrico + price matches your budget.

Can I play Metrico + immediately after the purchase?

What store should I choose for the best Metrico + Deal?