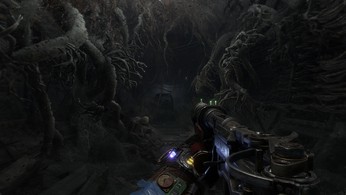 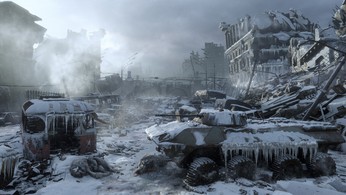 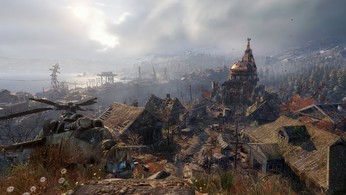 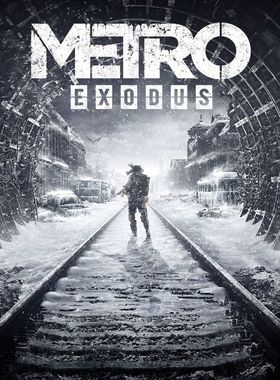 The remains of the subway network in post-apocalyptic Moscow are the plot of Metro 2033. In this gripping underground struggle for survival, the fate of mankind lies in your hands. In 2013, the world was devastated by an apocalyptic catastrophe that wiped out almost all of humanity and turned the earth's surface into a poisonous wasteland. A handful of survivors sought refuge in the depths of the Moscow underworld, and a dark age began for human civilization.

The year is 2033. An entire generation has been born and raised underground, and the populated cities of the metro stations are struggling for survival - among themselves, and against terrible mutants lurking in the outside world.

In Metro 2033 they take on the role of Artjom, born in the last days before the fire, grown up underground. Artjom has never left the boundaries of his own Metro station, but through a fateful event he becomes part of a mission to reach the heart of the Metro system and warn the remains of humanity of an imminent danger. They travel from the forgotten catacombs under the subway to the deserted wastelands of the world above the metro ... Your actions will determine the fate of mankind.

Despite the short time that the video game has been on the market, the truth is that it already has three collector's editions that can interest you to contribute a lot if you are a follower of the saga.

There is no doubt that the most exclusive one is Metro Exodus Artyom, because only ten copies have been made of a version dedicated to the hero of this saga of games. This version of Metro Exodus Xbox One X, PS4 and PC will not be on sale, so it will be raffled little by little among the fans who follow the official channels of the game in social networks. The Artyom Edition has a box of ammunition from the game, a gas mask, a Nixie watch, a steel plate like those worn by the Spartans and a leather case with a map of the Metro world, so it is a set that surely will appreciate all lovers of collecting and this video game.

Another collector's edition Metro Exodus is Metro Exodus Aurora edition that pays tribute to the locomotive through which we will travel the old tunnels of the Moscow Metro. Metro Exodus Aurora will have a physical copy of the game and access to the season pass of the same. In addition, you will get a metal case inspired by the Aurora train and the book "The World of Metro" to further explore the universe of this game.

The latest collector's edition is the Spartan Collector's Edition. In this case you have to take into account that there is no copy of the game, as it is a product more focused on being able to get hold of objects from the world in which the game takes place. Thus, this Metro Exodus collector's edition has a 26 cm statue of Ayrtom, two patches of the Spartan Order, a replica of the protagonist's ID badge and many other objects that will make you experience the excitement of the game more closely. 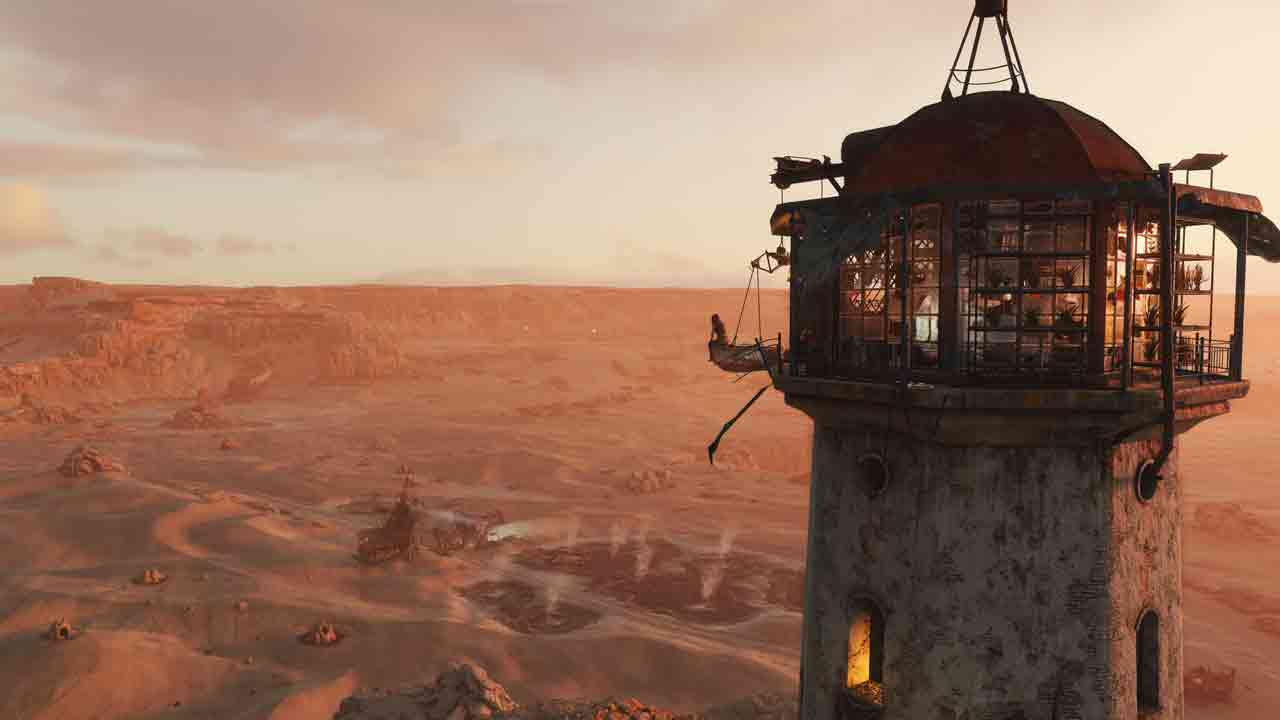 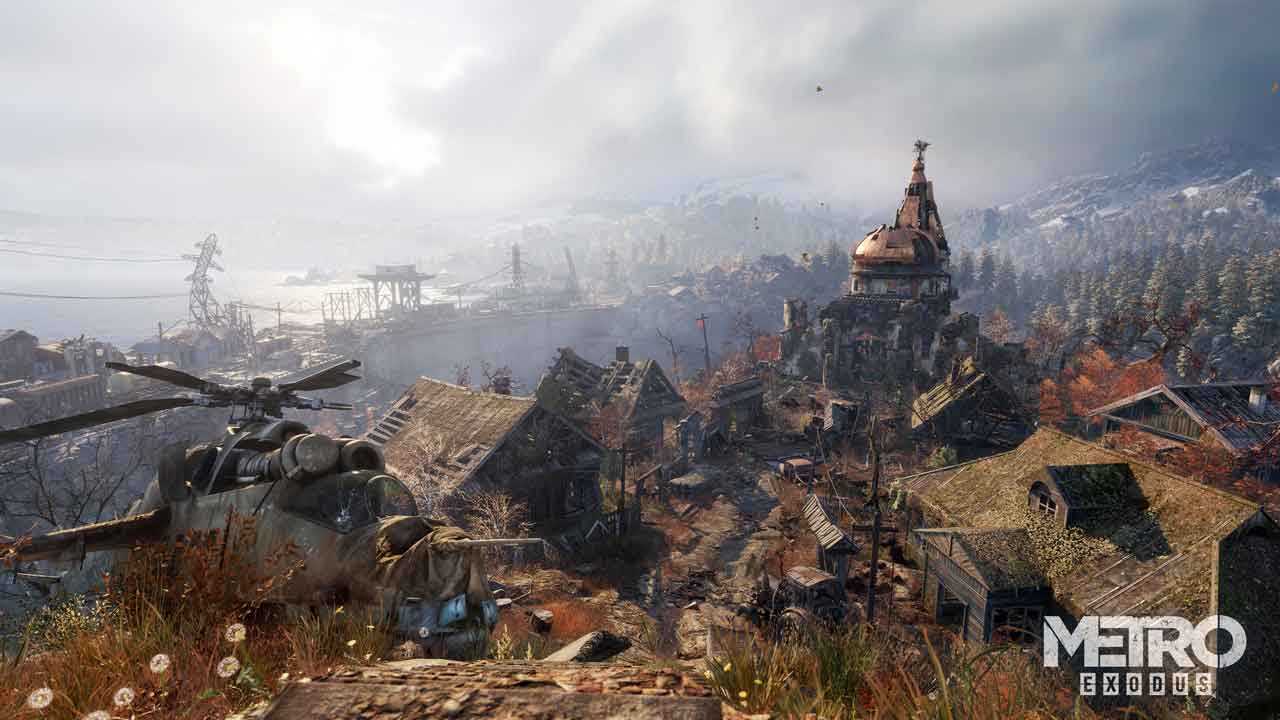 According to John Bloch, Executive Producer of 4A Games, the new first-person shooter, Metro: Exodus will have quite a story to tell. The game apparently has twice as many script lines as Metro 2033, Last Light and all their DLCs combined.

Where can I buy a Metro: Exodus Gold Edition Key?

With GameGator, you are able to compare 25 deals across verified and trusted stores to find the cheapest Metro: Exodus Key for a fair price. All stores currently listed have to undergo very specific testing to ensure that customer support, game deliveries, and the game keys themselves are of the highest quality. To sweeten the deal, we offer you specific discount codes, which you will not be able to find anywhere else. This allows us to beat all competitor prices and provide you with the cheapest, most trustworthy deals. If the current cheapest price of $8.60 for Metro: Exodus is too high, create a price alert and we will alert you through email, SMS, or discord the moment the Metro: Exodus price matches your budget.

Can I play Metro: Exodus Gold Edition immediately after the purchase?

What store should I choose for the best Metro: Exodus Gold Edition Deal?